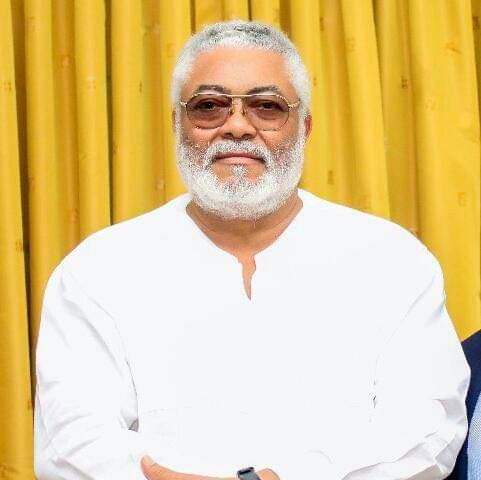 The Chairman of the National Democratic Congress (NDC) chapter in the United Kingdom(UK) and the Republic of Ireland Alhaji Alhassan Mbalba has on behalf of the members sent a message to mark the 40th anniversary of the 31st December revolution.

According to Alhaji Alhassan Mbalba, the 40th anniversary of the 31st December revolution will be celebrated without the leader of the revolution, the late Flt Lt John Jerry Rawlings of blessed memory.

“This is the second year that the 31st December revolution is being celebrated without the Leader of Revolution, the late Flt Lt John Jerry Rawlings of blessed memory”.

“The 31st December Revolution occasioned be the formation of the Provisional National Defence Council (PNDC), and subsequently National Democratic Congress(NDC) under the fourth Republican Constitution with the beliefs, values and guiding principles of Flt Lt J.J Rawlings as its main ethos; he added.

Below is the full press statement

This is the second year running that the 31st December Revolution is being commemorated without the Leader of the Revolution, late Flt Lt John Jerry Rawlings of blessed memory.

The 31st December Revolution occasioned the formation of the Provisional National Defense Council (PNDC), and subsequently National Democratic Congress(NDC) under the fourth Republican Constitution with the beliefs, values, and guiding principles of Flt J.J. Rawlings as its main ethos.

The significance of the PNDC government under the visionary leadership of late President Rawlings in the promulgation of the longest and enduring constitutional dispensation- Ghana’s 4th Republic – cannot be overemphasized. As Shakespeare opined “ when treason prospers, none dare call it treason”. There is no doubt that despite the sudden demise of Flt Lt Rawlings, the principles and values of the 31st December Revolution will continue to be relevant and important in sustaining and consolidating our longest attempt to institutionalize true democracy, rule of law and constitutionalism in Ghana.

The current socio-economic and political situation in the country is very concerning: Unprecedented corruption, nepotism and tribalism, including actions of Members of Parliament of the ruling New Patriotic Party(NPP) during the election of Rt. Hon Alban Sumani Kingsford Bagbin as the Speaker 8th Parliament of the 4th Republic and the controversies surrounding the E-Levy bill are disgraceful and a blight on our democratic experiment as a country.

It appears the gains we have made in our collective efforts to consolidate and deepen democracy in Ghana is under threat due to the constitutional dictatorship and acts of bare-faced thruggery being perpetrated by elements of the President Akuffo Addo- Bawumia led government.

However, despite these disturbing events and intolerable and unbearable economic hardship, let us not be despaired. Insofar as the good people of Ghana do not want to experience or witness any unconstitutional change of government or coup in Ghana; or allow any political party to use unconstitutional or illegal means to gain or retain power, the NDC will continue to hold the NPP accountable and pursue all legal and democratic means of wrestling power from them in 2024.

May the Soul of President Rawlings and other fallen comrades rest in perfect peace.