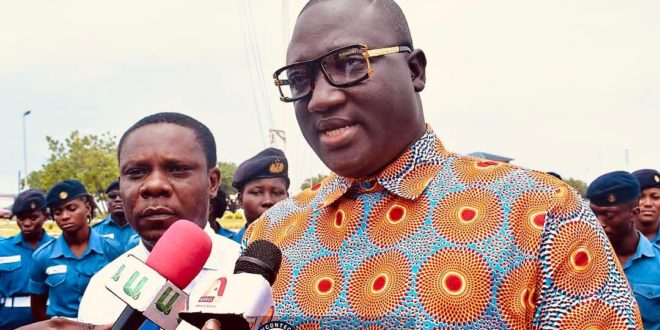 The Minister has recently said government will go after all persons involved in illegal mining activities in the country.

The Minister pointed out that government will not shield any “big man or woman” in the fight #NoToGalamsey.
To a Ghanaian patriot domiciled in the US, Nana Kwaku Ofori Atta, a more pragmatic step should be taken in the fight against galamsey. He says: “I think the talking and cautioning from government is not working. it’s time to take a bold decision to talk less and work in silence to ensure that government deals with this illegal mining saga with iron hands.

I believe if the government works in silence and becomes proactive in dealing with these numerous illegal activities, it will serve as a lesson to everyone including government officials and the chiefs in general.
Illegal mining is a wake up call for the entire nation and its citizens. ”

The businessman added: “There has been countless warnings, cautioning and threats of dealing with illegal mining, yet the situation keeps increasing .

“The Attorney General and the Special Prosecutor are all government appointees. These ministers go for cabinet meetings and therefore information may leak to persons at the top who are found in this illegal mining saga. The president needs to safe his reputation as he puts his presidency on the line by acting professionally and dealing with this privately through a special agency that will not spare anyone found guilty of this crime.”

About 20years ago, Nana Dwomoh Sarpong, a water body advocate singlehandedly, mounted a spirited campaign to warn the nation about the need to protect our rivers and water bodies from activities that will pollute and destroy them. But, we treated him with scorn!!!

These are personalities highly celebrated in civilised societies but in our part of the world, we scorn them and rather hold in high esteem, plain-faced criminals, just because of their ill-gotten wealth. Our moral compass is totally screwed.

The Executive Director of Friends of Rivers and Water Bodies: may posterity, pleasantly and broadly, smile at you, wherever you are at present, and may the Lord shower His divine blessings on you, in all your endeavours, eternally.

In conclusion, l think Dominic
Nitiwul, Ambrose Derry, Kan Dapaah have all failed this country in this galamsey fight
So that is the more reason why they should not be involved as the authority and heads of the security committees