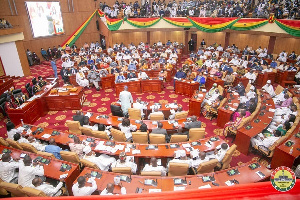 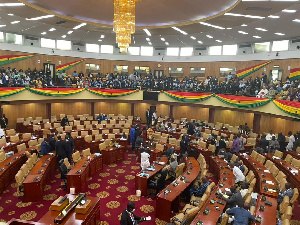 Some Members of Parliament whose names were not captured as part of attendees during Tuesday’s proceedings in Parliament, have raised concerns.

According to the MPs, the absence of their names has courted attacks from constituents who have criticized them for being absent on a critical day E-Levy was being considered.

Speaking on the floor of Parliament, the Minority Chief Whip, Mohammed-Mubarak Muntaka said the action has cost them a lot.

According to him, some members of the House have, following this, even called for the removal of the Minority leadership, citing their failure to ensure their names were captured.

Muntaka further accused the Clerk of being partisan.

Member of Parliament of Zebilla East, Cletus Avoka, whose names were part of those captured as absent, on his part said he has been traumatized. According to him, his constituents have, following reports, called to slam him for being absent on an important day when the E-Levy was being considered.

He said even though he approached the table to write his name, he was told by the table of Office to sit and that they were going to bring the list to him but they never did.

MP of Ablekuma Central who also claims to be a victim described the action as a diabolic and deliberate attempt to mark him absent.

MP for New Edubiase, Abdul-Salem Adams also said his name must be cleared as he has been accused of taking bribe to be absent for the E-Levy to be passed.

They called on the Speaker to make the amendment to reflect the true report of the Votes and Proceedings of the House on March 29,2022.

Previous Nigeria coach quits after losing World Cup ticket to Ghana
Next I am proud of Ghana – Paul of PSquare says, gives reasons