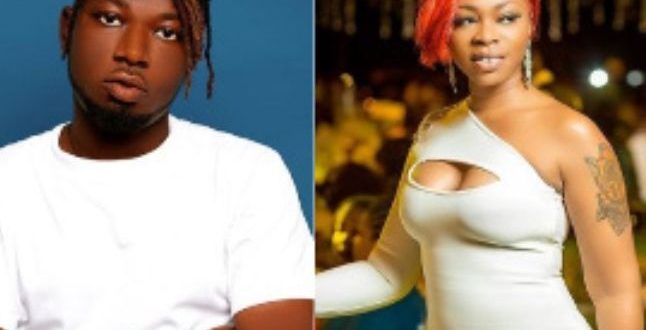 Michy home the same day I broke up with her – Apaatse

How Shatta Wale and Michy ended up together

Apaatse, the former boyfriend of Diamond Michelle Gbagonah, popularly known as Shatta Michy, has disclosed the circumstance that led to their breakup and how dancehall musician, Shatta Wale came into the scene.

The ex-lover of Michy has alledged that the celebrated singer, who was in contact with his girlfriend at the time, took her to his residence on the very day they called it quits.

According to Apaatse who is a musician, he influenced Michy’s coming to Ghana at the time she was based in Norway, however, he had to let her go because they weren’t compatible.

“She came all the way from Norway to Ghana just because of me…the thing was that, we realized that we are two different people all together. I am a cool guy but Michy is the hard type,” he explained.

Speaking in an interview on Accra FM with Docta Kay, he emphasised that Shatta Wale did not snatch his girlfriend instead he played a role in bringing the two together.

“When she was in Norway, Wale was chatting her… as we realised that we were not compatible, I started chatting Wale like it was Michy behind the phone. I had access to her logins. Actually she gave it to me to chat him, that the guy was worrying her but I talked to make him feel that Michy was interested.”

Apaatse, recalling the experience, stated that he did not experience heartbreak when he separated from his lover who was later engaged to Shatta Wale and currently shares a 6-year-old child with him.

“I wasn’t hurt, not a bit. I loved her but not in that way…it did not pain me,” he confessed.

Previous VIDEO: Why Black Stars goalkeeper Richard Ofori is trending
Next Police justify the shooting of a female pillion rider near Pwalugu