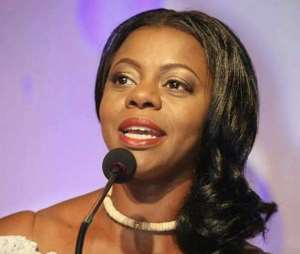 The host of one of the hottest political talk shows, “The Key Point Show” on the Accra-based TV3, Dzifa Gbeho Bampoh has reportedly tendered her resignation after 18 months of service.

Dzifa moved from Multimedia to join TV3, a subsidiary of the Media General Network in 2021.

She took up a role as a News Editor, Head of News and also the host of the Key Point Show, which is aired every Saturday morning on TV3.

His resignation from Multimedia after 12 years was to take up a role as the Head of Corporate Affairs at Tullow Oil, where he worked for three years.

According to an unconfirmed report, she resigned to take up a job as a Communication Director at one of the state institutions (name placed on ice).

Dzifa Bampoh has been in the media space for 20 years. She has worked with stations like the Ghana Broadcasting Corporation (GBC), where her media journey started even though she had no journalism background but saw an advert and decided to apply.

She was finally given the opportunity, learnt on the job and became a newscaster at the station. She moved to JoyNews where she worked for 12 years. She moved on for better opportunities in the corporate world where she worked with Tullow Oil for three years before returning to the media space to work with Media General Ghana.

Previous Revocation of UniCredit’s license unlawful – Court of Appeal rules against BoG
Next Court discharges Abronye DC, strikes out charges against him