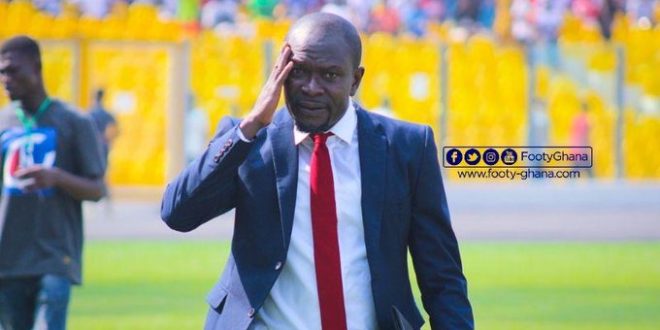 Head coach of the Black Stars, C. K Akonnor, lost his first match in charge of the Black Stars by three goals to nil to the Eagles of Mali in an international friendly on Friday in Turkey since his appointment in January.

Goals from Hamari Traore, Bilal Toure, and Amadou Haidara ensured the Malians run-out comfortable three-nil winners in the first of two international friendlies to be played this October international break.

The Malian captain, Hamari Traore, dispossessed Gideon Mensah from the right flank of attack and sprinted onto the Ghana eighteen-yard box and slotted it past Ati-Zigi coolly in the 3rd minute of the game.

Ghana came close in the 10th minute with exchanges between the Ayew brothers, but the Mali keeper ran out to save his lines. Mali threatened to extend their lead in the 12th minute, but Ati-Zigi was quick to grab the header.

The Malians enjoyed a lot of possession in the first quarter of the game to merit the lead they took in the third minute.

The Black Stars came close in the 26th minute, when Thomas Partey set-up Jordan Ayew, but he couldn’t direct his header into the goal.

In the 41st minute, Nordsjaelland attacker, Kamaldeen Suleymana, made his first Black Stars bow when he came on for Eugene Ansah.

Hamari Traore’s third minute goal was the difference at the break in a keenly contested first forty-five minutes.

Reims star, Bilal Toure, scored a beautiful header in the 49th minute when Traore made an impressive cross closer to the corner flag in the right side of attack and the 18-year-old headed it powerfully into the net of the Black Stars.

Ghana came close on two occasions early in the second half, but couldn’t make any count. In the 60th minute, Jordan Ayew set free Andre in the box of the Eagles but he was flagged offside though he mis-kicked the ball off target.

In the 65th minute, Celta Vigo center-back, Joseph Aidoo, came in for Amiens defender, Nicholas Opoku, who went off for an injury.

Gideon Mensah came off for Caleb Ekuban as C.K Akonnor sought to bolster his attacking options.

Haidara scored in the 74th minute to put the Malians three-nil ahead.

The Ghanaians looked on expecting an offside flag which never showed, and he hit the post on the first shot but slotted in the rebound without a challenge from the Ghana defense.

The game ended three-zero in favour of the Malians, as the Black Stars showed little urgency in their play.

Ghana now plays Qatar on Monday in the second friendly in Turkey, where C. K Akonnor and his lads will hope to make an impression on Ghanaians.