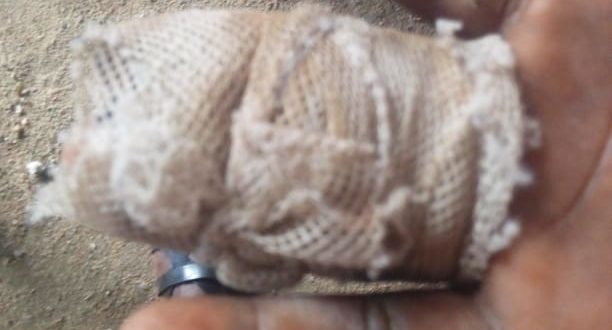 A resident of Assin Fosu, Chief Danso, has subjected a 10-year-old boy to torture for allegedly attempting to steal from his abandoned house.

According to information gathered by Adom News, the victim and his two other friends were allegedly caught in an attempt to steal aluminium materials (scraps) from the suspect’s home.

The man, who was infuriated by their act, took the victim with the intention of going to the police station for an official report, but in the process, he took the boy home and allegedly tortured him.

According to the victim, Mr Danso placed his hands on a wall and demanded that the children in the house provide him with a cutlass to chop off his fingers.

The boy, who was gripped with fear, started struggling with the suspect and got hold of the cutlass but the suspect overpowered him and pulled it through his hand, resulting in a deep cut on the finger.

He said he was going to use the cutlass to cut a rope to tire him but in the process, the victim got hold of the cutlass and got wounded.