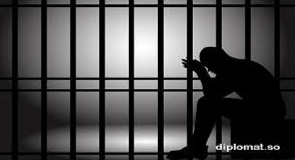 A 25-year-old farmer residing at Abura-Edumfa in the Abura-Asebu-Kwamankese (AAK) District of the Central Region who sexually abused his 16-year-old niece has been sentenced to 12 years imprisonment.

Michael Ofosu, the convict after the act gave his niece 50 pesewas and warned her not to disclose her ordeal to anyone.

The convict pleaded guilty to incest and was convicted on his own plea when he appeared before a Cape Coast Circuit Court Presided over by Mrs Abena Amponsah Buansi.

Prosecuting, Detective Inspector John Asare Bediako said on Friday, January 4, 2019, at about 1300 hours, the convict was in his room while the victim was washing some items on the compound of the same house.

He said the convict lured her and managed to carry her through the window into his bed and forcibly had sex with her.

The Prosecution said after ejaculating into her the convict used a towel to wipe the drops of semen in her vagina and warned her not to tell anyone about it.

He said however when the girl was coming out of the room, she met one of her Aunties, Ms Aba Atta whom she told about her ordeal and she, in turn, reported the incident to the police in Abura Dunkwa leading to the arrest and subsequent prosecution of the convict.