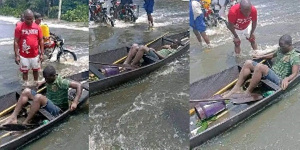 A Nigerian man has been rescued following the deadly floods that displaced thousands from their homes.

The man who is yet to be identified was rescued alive after he was washed by the flood along the East-West Road in Bayelsa state.

A tweep identified as Akpos Malafakumo Best who shared the incredible survival story said the man was discovered alive in the same location.

Akpos said the man was in the water for three days, holding onto a stick for three days and three nights before he was discovered.

The photos Akpos shared showed rescuers evacuating the stranded man to safety with the use of a canoe.

“This young man was swept away by the water current at this very spot on East-West Road 3 days ago. He had been in the water holding onto a stick for 3 days and nights, only to be rescued today alive. Please, don’t travel East-West & Ugheli-Bayelsa roads for now,” Akpo wrote on Twitter.

The floods that have ravaged various parts of the country have been described as the worst in Nigeria’s history.

More than 603 persons have been killed while two million were displaced and hundreds of hectares of farmlands were destroyed.

Residents of Aeroplane Road in Yenagoa, Bayelsa State and Bomadi Local Government Area of Delta have raised the alarm over floating corpses from submerged cemeteries in their areas.

This came as several communities in Bomadi, Patani and Burutu local government areas of Delta State were yesterday sacked by the ravaging flood, with indigenes sleeping on top of Bomadi Bridge.

See the photos below: 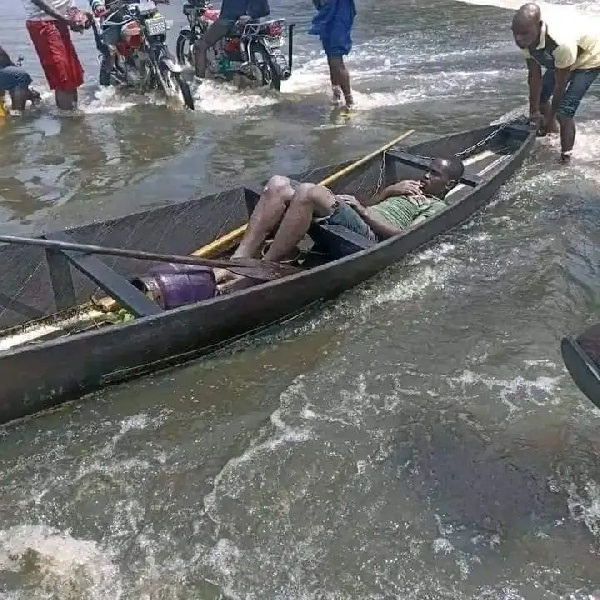 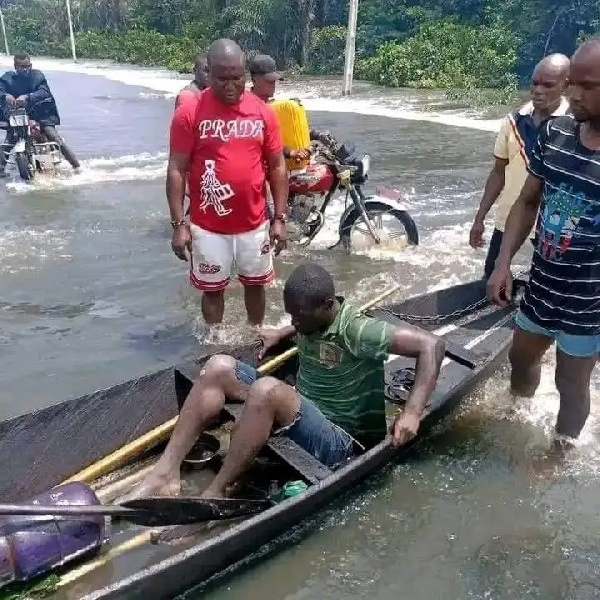 Previous Nigerian man causes a scene after his ₦1.5 million allegedly went missing
Next ‘I’ll shame you all’ – President Akufo-Addo claps back at detractors in Ashanti Region