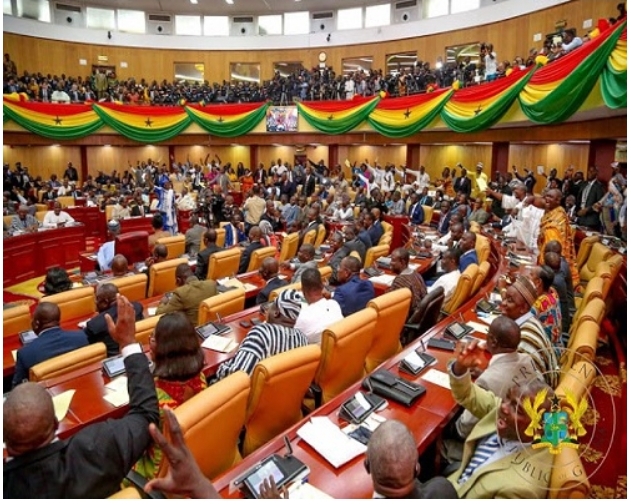 LIVESTREAMING: E-Levy on, speaker out, another likely parliament showdown?

Members of Parliament return to the House to continue their work on bills and other documents before it.

It will be the first sitting of the House in the year since the Speaker of Parliament, Alban Bagbin, left the country for Dubai on a medical review.

Among the things to be considered today will be the controversial 1.75% Electronic Transactions Levy (E-Levy) which has been continuously rejected by the MPs on the Minority side of the House.

The Minister of Finance, Ken Ofori-Atta, announced last week that the E-Levy had been reduced to 1.5% after consultations with all the relevant stakeholder but the National Democratic Congress (NDC) MPs have insisted that they would still not budge.

Presiding over proceedings is the First Deputy Speaker of Parliament, Joseph Osei-Owusu.

Previous Meet Kili and Neema, the Maasai TikTokers who became an internet sensation
Next Angry youth clash with chief over sale of cemetery to private investor