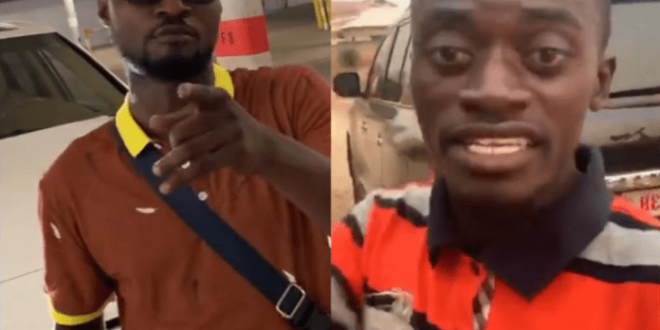 Kumawood actor and musician, Kwadwo Nkansah Lil Win, has spoken for the first time after Funny Face vowed to expose him and two others, Kalybos and Bismark The Joke.

Lil Win and Funny Face recently engaged in a bitter banter on social media after the former made some remarks about the latter’s win of Best Actor award at the 2019 Ghana Movie Awards.

The banter was doused after Funny Face’s friend and benefactor, Emmanuel Adebayor, intervened and asked him to stop.

But many weeks after, Funny Face rekindled the banter and started blasting Lil Win and the two others, Kalybos and Bismark The Joke.

In series of posts on social media he accused the trio of badmouthing and backbiting him. Funny Face dared any of them to say a word and see him expose them to the point of ending their careers.

In defiance of Funny Face’s threat, Lil Win has taken to his Instagram to post a new photo showing his swag. Even more interesting is his caption to the photo which suggested that he cared less about any consequences from his post. Announcing that he will be going live on social media at 5:00pm on Tuesday, April 29, 2020. Lil Win quizzed “who said man no dey?”