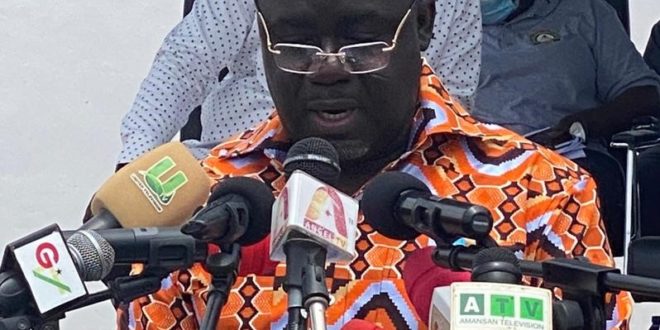 The Minister for Transport, Hon. Kwaku Ofori Asiamah, has called on all Ghanaians, especially, stakeholders in the transport sector, to come together and work to reduce road accidents in the country to the barest minimum as the country goes to the polls on December 7 with Christmas festivities also just around the corner.

He has in effect, directed the Driver and Vehicle Licensing Authority (DVLA) and the National Road Safety Authority (NRSA) to activate a provision in the Road Traffic Regulation 2012, L.I. 2180, that places a responsibility on commercial drivers to have a mandatory 30 minutes rest after every four hours of driving.

The call and directive to the DVLA and NRSA form part of government’s efforts to meet the target set globally by the United Nations (UN) to reduce road traffic deaths and injuries to by 50% by the year 2020.

Addressing stakeholders in the transport sector at the launch of Quality Bus Services’ known among the locals as ‘Azay ye mfo bi’, commissioning of a new DVLA office as well as the launch of this year’s comprehensive nationwide road safety campaign dubbed ‘Arrive Alive’ at an event in Takoradi on Thursday, October 1, 2020, Mr. Asiamah said the target set by the UN is achievable and urged all to give a helping hand. 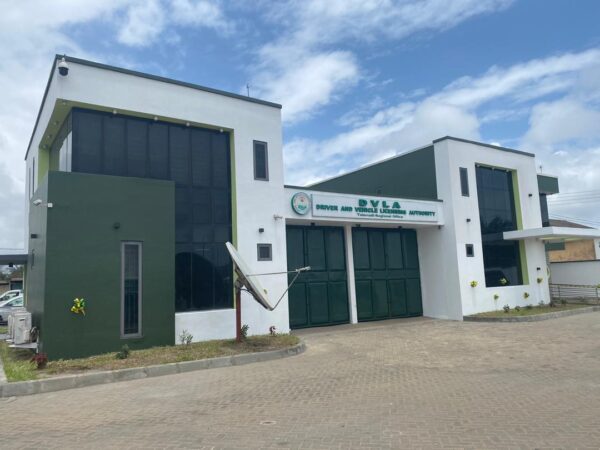 “The United Nations has set a new global target for road safety in line with theme, ‘Achieving Global Goals 2030’ to reduce road traffic deaths and injuries by 50% by 2030. Under this global goal, Ghana is seeking to reduce road deaths and injuries from the current average of 2,000 fatalities and about 10,000 injuries per year by 50%. Achieving these targets is possible if we put in place the necessary strategies and structures, including adequate investment in public education, road engineering and emergency response to victims of road traffic crashes”, he noted.

Hon. Asiamah further told the gathering that there are key provisions in the Road Traffic Regulations 2012, L. I. 2180, that are yet to be implemented.

He, therefore, directed the DVLA and the NRSA to work together to ensure that the regulations including provisions on commercial transport operators, speeding and mandatory rest periods for drivers are implemented to the latter to reduce the carnage on the road.

The ‘Quality Bus Services’ initiative which is currently being piloted under the auspices of Sekondi-Takoradi Metropolitan Assembly, is to help deal with the obvious transportation challenges in the metropolis.

The buses, according to the Transport Minister, will be deployed on the following routes: Takoradi to Apowa, Takoradi to Shama, Takoradi to Sekondi, and Takoradi to Kwesimintsim.
“Our commitment is to ensure that at least, majority of the travelling public within the urban areas travel by some means of mass transportation”, he underscored. 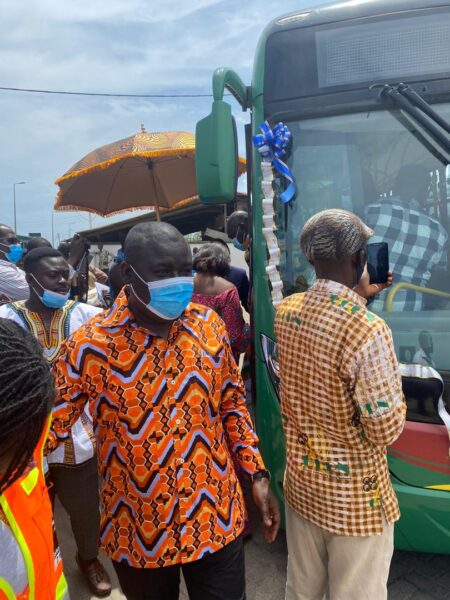 He said some sections of the routes would be dedicated solely for use by buses during the cause of the pilot and therefore, appealed to motorist to respect the dedicated priority lanes since the success of the bus service depends to a large extent, on adherence to operational procedures.

Touching on the new DVLA edifice, Mr. Asiamah said the building was a demonstration of the Authority’s commitment to deliver excellent services to its clients in a more conducive environment.

“You would agree with me that, the reportage about DVLA is now not about “goro boys” unnecessary delays but one of good practices. I believe that the ongoing reforms coupled with the introduction of the state-of-the-art equipment in testing of drivers and vehicles have propelled the Authority to achieve this feat. Ghanaians can now access services within the shortest possible time without any difficulty”, he noted.

The Chief Executive Officer (CEO) of DVLA, Kwasi Agyeman Busia, commenting on the edifice said “the Takoradi DVLA office is one of the 29 soon to be 32 offices and over 20 additional sub-by offices with 27 vehicle testing stations, soon to be 31 in operation across the country. This translates into approximately 92 DVLA service related outfits in the country. “Our goal is to relentlessly, make our services accessible to all regardless of wherever a vehicle or a driver may be in the country.”

“The inauguration of this office, joins the catalogue of infrastructure improvement and innovations that we have introduced in recent times. We will continue to find new ways to optimize our services and be consistent with our persistent strategic theme of leveraging, people process and technology”, he added.

Mr. Busia revealed that the Commission has planned to outdoor additional three new offices before the end of the year in Axim, Effiduase and Kumawu in the Ashanti Region.

Previous Over 4,000 Gov’t Workers To Lose Their Salaries In October 2020
Next Almost 10% of Ghana’s GDP lost through road accidents – Transport Minister reveals