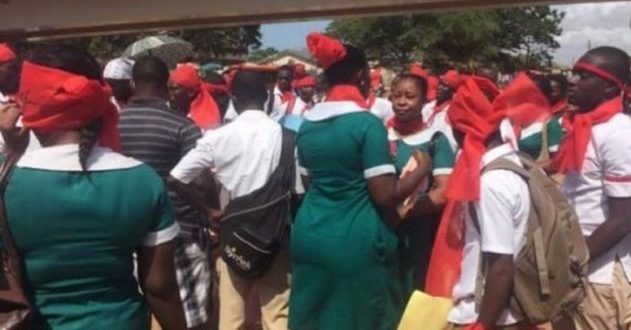 Nurses Educators’ Group (NEG), a specialized group under the Ghana Registered Nurses and Midwives Association has served notice of its intention to embark on industrial action on , August 17,2022  to demand better conditions of service.

The group who are responsible for supervising the academic works of nursing trainees in the country are demanding a review of what they termed as outdated rate allowance for script marking, research and practical assessment allowance among others.

The union said this has become necessary due to the worsening economic conditions in the country.

It said the decision to strike was taken during their annual general meeting on June 20, 2022 held at Sunyani.

NEG In a press statement, copied to OTEC News desk explained that their decision is in response to the government’s lack of action on the request for the allowance, amid the rise in inflation and cost of living in the country.

Among other things the group is asking government to do includes

1. Review on the health training institutions 30% reservation of approved admission quotas to the Ministry.

2. Scrapping of the 34% gross of the interview proceeds to be paid to the Ministry.

3. The nursing forms should be sold by the various health training institutions but not the Ministry of Health.

The group said they were not happy with how the government has been dragging its feet on their demands.

“We are appalled at the inept attitude of the Ministry of Health relative to our call on the review of the 2015 approved allowances rates and other related matters after several reminders.”

“For instance, after the issuance of the communiqué, some National Executives made a follow-up to the ministry but no avail. No engagement has been made so far to Kick start the negotiations on the review of the proposed rates. The loud silence of the Ministry of Health is worrisome and leaves much to be desired of any Ministry that cares about its workers.”

The press release by the group is further indicated that their members can no longer bear the hardships hence the move to withdraw their services. 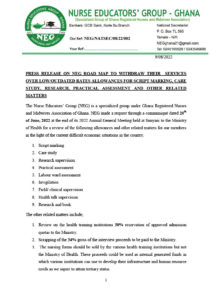 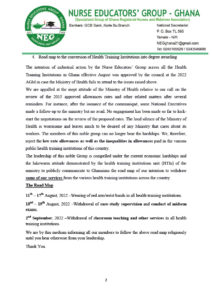 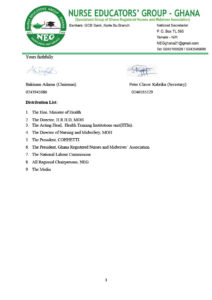 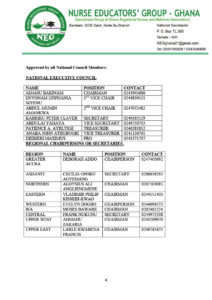 Previous My fiancée has given me side chick rules – Hollywood star Michael Blackson
Next Insecurity: Feminist Group tasks Uzodinma on strategic probe on extra-judicial killings in Imo