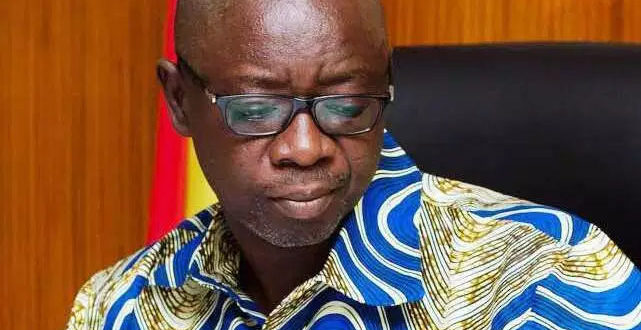 Minister of Lands and Natural Resources, Kwaku Asomah- Cheremeh, issuing the Executive Director of the Alliance for Social Equity and Public Accountability (ASEPA), a group allegedly aligned to NDC, Mensah Thompson, at an Accra High Court for defamation.

The Minister is seeking GHC 10 million damages from the defendants.

Public Relations Officer of the Ministry, Abraham Otabil confirmed the filing of the suit by the Minister to the media.

Mr Thompson is alleged to have accused the Minister of extorting monies from illegal miners.

In the writ of summons, the Minister said on April 13, Mensah Thompson, in a press statement, accused Mr Asomah-Cheremeh of busily engaging in the extortion of monies from small-scale miners, otherwise called ‘galamseyers’ in the Western Region during the coronavirus lockdown.

Mr Thompson also alleged that the Minister together with his aide, visited several ‘galamsey’ sites in Tarkwa, Wassa Akropong and Asankragwa demanding bribes ranging from GHC10,000 to GHC20,000 from the ‘galamsey’ operators before allowing them to continue their activities.

Mr Asomah-Cheremeh in his response said the accusations are “untrue, baseless and have injured his hard-won reputation and lowered him in the eyes of the right-thinking members of the public”.

The Minister prayed the court to order the defendant to render an unqualified apology to him through the same medium of publication and retract the defamatory statement.