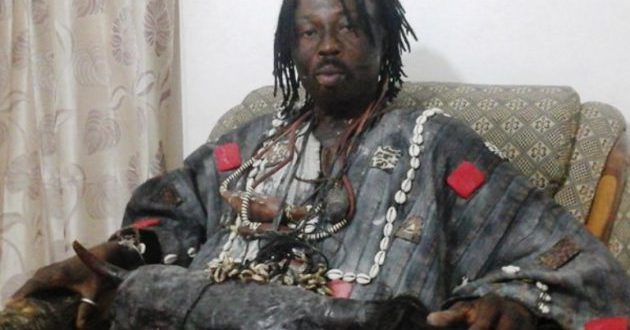 Prophet Kumchacha has since 2012 accused Kwaku Bonsam, as he is popularly known, of having no spiritual powers but employs tricks to deceive gullible clients into believing that he is endowed with supernatural powers.

Speaking on Accra-based Atinka FM, the popular traditional priest said he does not use his time and energy for unnecessary things that add nothing to his life and society.

Prophet Kumchacha has, on several occasions, threatened to beat the internationally known traditional priest because he thinks his activities are full of deception.

Kwaku Bonsam, reacting to the threats, said adults like Kumchacha should find something better to do than worry him with unnecessary verbal attacks.

He actually called on the host to change the topic for them to discuss what will foster development in the country.