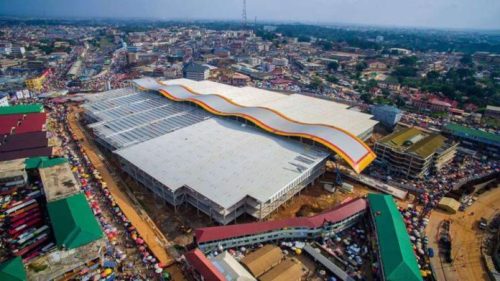 Traders in the Central Business District of Kumasi, capital of the Ashanti Region, say they will only reduce prices of goods if the local currency appreciates against other international currencies.

According to them, though they are willing to sell their products at a relatively cheap price, high exchange rate has forced them to inflate prices of goods.

The traders were  responded to plea by President Akufo-Addo on them to avoid profiteering in the current economic turmoil.

President AkuffoAddo during his address on the economy on Sunday October 30, 2022 appealed to traders in the country to shun making outmost profits of the current economic quagmire to rip off consumers.

The president who admitted that, Ghana’s economy is in great difficulty urged all stakeholders to “keep an eye out for the greater good “, in the face of the cost of living crisis.

The Ashanti Regional Chairman for Traders Advocacy Group Ghana TAGG Mr Owusu  Boakye Samuel in an interview with OTEC News Kwame on Monday October 31,2022 however pledged to support the government in measures rolled out to get the economy back on track.

Mr Boakye again called on traders across the country cease the habit of slapping high margins  on goods.

“We as leaders of the traders have already told our members to take part in the country’s move to restore the economy “.

He expressed optimism in the leadership of President AkuffoAddo and said they as traders are very sure the NPP government can turn things around.