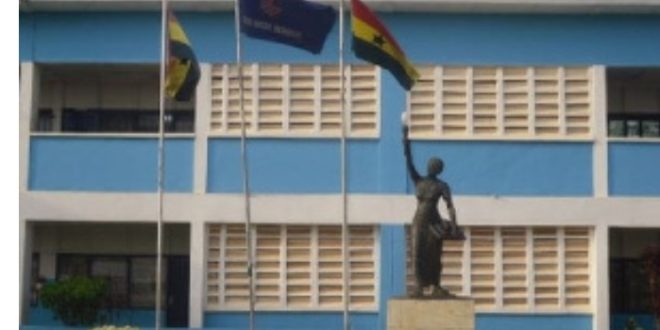 Share
A 43-year-old security man at the Kumasi Girls’ Senior High School in the Kumasi Metropolis of the Ashanti region, Mr. Kofi Akai has been found dead on campus.

The nightwatchman was found dead on Tuesday, March 22, 2022 while at the post.

He indicated that the security man was had vomited on himself without any cut on the body and was lying dead in a lateral recumbent position.

The Unit Committee Member noted the deceased had allegedly taken in alcohol the previous night, according to those who saw him before his demise.

He further noted that he suspects the deceased did not eat before taking in the alcohol, leading to his death.

Mr. Boakye added that the deceased was known for taking in alcohol regularly.

“He drinks a lot. He has been advised several times, but he keeps drinking,” Mr. Boakye stated.

The body has been conveyed by the Police at Bohyen to the morgue for preservation and autopsy.

The Bohyen Police has commenced investigations into the circumstances leading to his death.