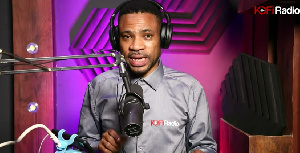 Director of News at the Accra-based Angel Broadcasting Network (ABN), Kofi Adomah Nwanwani, took some time off work to seek treatment after he encountered a near-death experience at the hands of some unknown assailants in August 2022.

The broadcaster also went through a turbulent encounter during that same period when he suffered several attacks on social media due to certain issues which emanated from his past marriage.

One may have thought that Kofi Adomah would have returned to work after steadily recovering from all these, but he appears to have hatched a different plan with respect to his career.

The broadcaster has established his own radio show dubbed ‘Kofi Radio’ where he has been captured running his day-to-day programs.

Hosting it on a YouTube channel, Mr. Adomah Nwawani has been actively engaged with this new pursuit and nothing has since been heard from him with regard to his duties at Angel FM.

Although he has not confirmed exiting Angel FM, many listeners of his popular morning show on Angel FM have lamented his three months absence.

Kofi Adomah Nwanwanii was attacked by some unknown men around Old Ashongman, Accra, in August 2022.

According to information gathered, Mr. Adomah, who is the CEO of Kofi TV and the host of Angel FM’s morning show, was returning from Kuntunse, when the attackers crossed him.

The men, who were on motorbikes and armed with sharp objects, left injuries on the presenter’s face, arms and shoulders.

Further reports indicate that they attempted to set him ablaze after pouring some substance believed to be petrol on him.

The Ghana Journalists Association (GJA) earlier condemned the alleged attack on Kofi Adomah Nwanwani.
The Association detailed in a press statement that it received the news with shock.

It also asked the Police to swiftly conduct investigations into issues to arrest and prosecute the perpetrators of the act.

“We also urge the general public to support the police in their investigations to bring the perpetrators to face the law,” parts of the statement read. 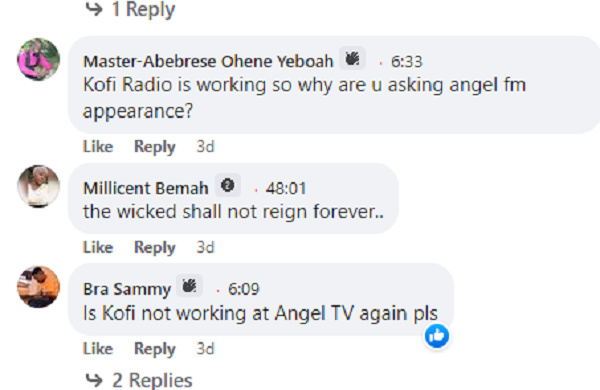 Previous How dem sentence 20-year-old woman to death by stoning for Sudan
Next Times are tough – Akufo-Addo admits, calls for support