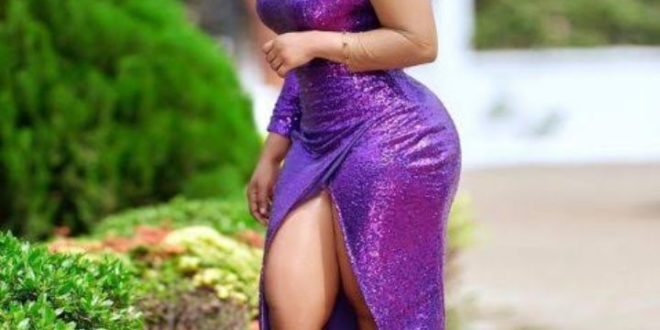 Halfway through her interview with Delay, Kisa was asked about her child whom she has allegedly hidden from the public for more than two years.

Delay who appears to have done thorough research on Kisa prior to the interview insisted that she has a son with Nautyca, adding that it was even through a Caesarean session.

But the popular Ghanaian socialite kept on denying the claims

Delay: At what point did you meet Nautyca

Delay: When you got pregnant did he ask you to keep it or abort it?

Laughing hysterically, Kisa Replied; “I did not get pregnant by him.”

Delay: “You got pregnant and you had a son with him.”

Kisa: Whatever we had was just business. It ended and we moved on. I have never seen Nautica since last year. We don’t have a child.

Delay: It was a business gone wrong. You two have a child, you had a caesarean session.

At a point, Kisa Gbekle who couldn’t keep up with the back and forth with Delay threw in the towel.

Kisa: Wow, I think there is a misunderstanding

Delay: There is no misunderstanding at all. You know what I’m talking about. Have you moved on from all the pain he caused you? By this I mean, when he met you, your body was tight. You gave birth for him and you went out of shape. In all of these, he neglected you. It was out of the bitterness that you blacklisted him from your life. But I want to know if you have forgiven him. I want ladies to learn from your situation.

Kisa Gbekle: All I’ll tell women out there is, they must be working before thinking of having a child otherwise it will really affect you.

Delay: But why don’t you want people to think you have a child? Do you think it will spoil your market? Is it shameful to you?

Kisa Gbekle however admitted that part of the reasons why she had the liposuction surgery was because she fell out of shape after childbirth.

The Ghanaian socialite also disclosed that she has parted ways with Nautyca after finding out that he was married.