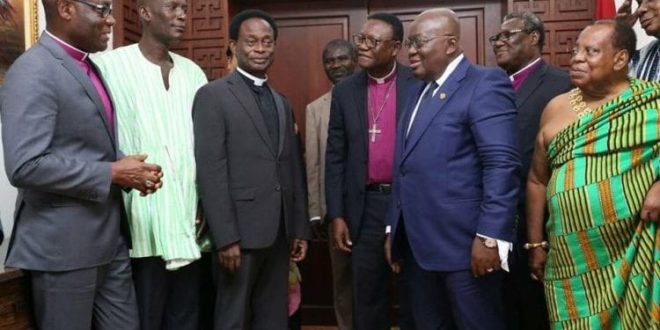 US-based journalist Kevin Taylor has tagged the members of the National Peace Council as hungry bootlickers who depend on President Akufo-Addo for their daily bread.

His comment comes after the General Secretary of the National Peace Council George Amoh affirmed the independence of the Electoral Commission (EC) and appealed to all stakeholders to allow the state body to execute its constitutional mandate.

Mr. Amoh reportedly passed those remarks after a barrage of attacks on the EC by the opposition National Democratic Congress (NDC). The EC submitted a Constitutional Instrument (C.I) to Parliament to pass legislation that will enable the citizenry to use the Ghana Card and the passport for registration into the voters’ register which the NDC disagreed with.

“If they are doing their job according to the law and they are not breaching the law then we will have to allow them to do their job and it is practically impossible to rig elections in the country due to strict electoral adherence.

This did not go down well with Kevin Taylor who believes the Peace Council members are serving the interest of the ruling NPP. He cited instances when the Peace Council called for the resignation of the Ex-EC boss Charlotte Osei.

“The Peace Council is a useless entity. They are hungry people. They bootlick Akufo-Addo all the time. Because they have an old man who has been buying food or them and gets them cars to ride they are fooling around. Suddenly they don’t see anything wrong anymore. What has changed?” Kevin Taylor said.

According to him, most of the members of the peace council are unemployed and hungry. He accused them of tribalism against John Mahama.

“They are jobless and hungry. The Dr title you see for some of them, it was churches that gave them those useless degrees… doctorates… It doesn’t count for anything.” he explained.

He accused the Christian Council of being “another useless” group that is not different from the Peace Council.