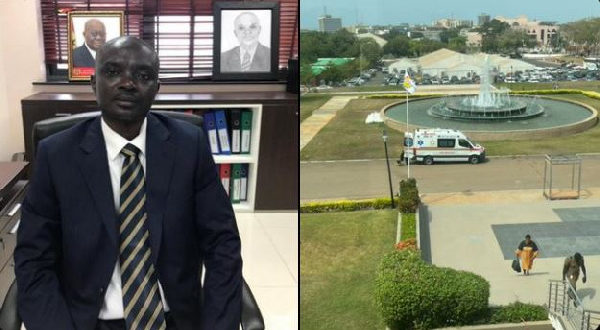 The Majority in Parliament has debunked claims by the Minority that the Minister of Chieftaincy and Religious Affairs, Ebenezer Kojo Kum, was not present in Parliament on Tuesday, March 29 when the E-Levy was passed.

According to Alexander Afenyo-Markin, the records in Parliament captured the indisposed minister and MP as present and that he also voted for the E-Levy.

“Chieftaincy Minister was present in Parliament per the records,” he said.

Afenyo-Markin added, “Pay attention to a ruling by Mr. Speaker, we are getting a bit confused as to this physical presence and you have come to Parliament, you are at the committee, you are doing this, you are doing that, I don’t want to get into that debate yet.

“But I can tell you that relying on the vote which we got today, his name did not register as absent. The records are clear.

The Minority in Parliament had indicated that the Majority did not have the required number of MPs in Parliament when the controversial E-Levy was approved.

They have therefore filed a suit at the Supreme Court challenging the approval of the E-Levy.

Previous Mohammed Salisu to miss 2022 World Cup?
Next All you need to know about E-Levy