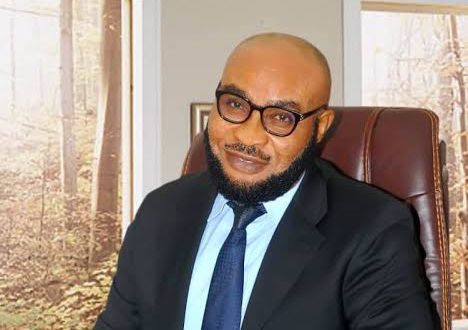 Share
Chyma Anthony, the Imo East senatorial candidate of the All Progressive Grand Alliance in the forthcoming 2023 general elections in Imo State, has expressed worries on the deteriorating insecurity within owerri axis and other parts of the state.
He was speaking on the backdrops of the increasing killings of defenceless youths by armed men in Imo, especially the recent murder of seven wedding guests by suspected operatives of Ebubeagu local security  outfit in the state.
Recall that the ugly incident happened when the victims were going back to their community in Otulu in Oru East Local Government Area of Imo State.
However, while expressing worries on the heightened insecurity in most parts of Imo state in a statement on Saturday, Hon Chyma Anthony, explained that the worsening insecurity in the state can scare Imo indigent people,  local and foreign investors and non indigenes from doing businesses in the state if government at all levels fail to take decisive actions against the menace.
He advocated for inclusive roundtable dialogue with critical and key stakeholders to resolve the worsening security challenges bedeviling owerri zone and other areas in Imo state, appealing to Governor Hope Uzodinma and security chiefs to urgently toe the path of dialogue towards achieving peace.
Chyma who also regretted the alleged insensitivity of the current senator representing Imo east at the national assembly to the plights of his constituents under the deteriorating insecurities in owerri zone, assuring that if elected come 2023 he would work with all government in power to resolve the precarious situation that faced the zone.
According to the APGA national assembly candidate, “i will encourage the state government to reinforce and reintroduce the community policing in Imo state.
“Ebubeagu is not solving the current preciousness situation of the state rather they are using their power to maltreat the innocent citizens, and fans the embers of discord.
CLICK HERE TO DOWNLOAD PRESS RADIO MOBILE APP

Chief Chyma, who is popularly known as Odiuko in Igbo parlance, reiterated his position for the peace of Imo state and further admonished Governor Hope Uzodinma to toe the line of dialogue for lasting peace to return in every parts of the state.
Source: Thepressradio.com |Ghana| Chijindu Emeruwa
APGA chieftain Chyma Anthony decries worsening insecurity in Owerri zone tasks on roundtable dialogue 2022-08-21
admin
Share