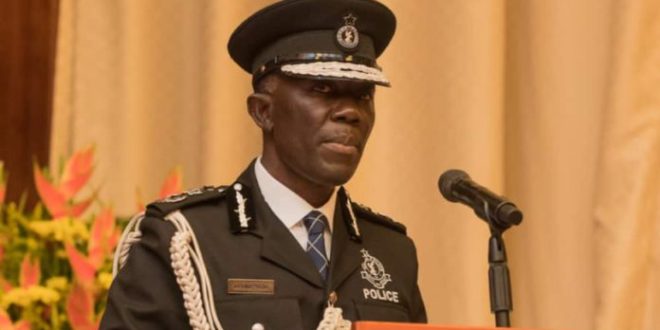 According to sources, the changes were done in the command of the National Patrols Department, the Accra Regional Police Commander, and the Anti-Landguard Unit at the Police Headquarters among others.

Reports indicate that the Accra Regional Police Commander, DCOP Iddi Seidu has been moved from his current position to the National Patrols Department to serve as deputy to the Director General, COP Paul Awuni.

Superintendent Atulub Karimu, the head of the Police Headquarters’ Anti-Landguard Unit, has also been transferred to the Western Region to oversee operations in the region.

Our sources at the Police Headquarters said they cannot “confirm or deny”.

Previous Strongman reacts to calls to jump onto Amerado and Lyrical Joe’s beef
Next One shot dead, 5 injured as festival turns bloody