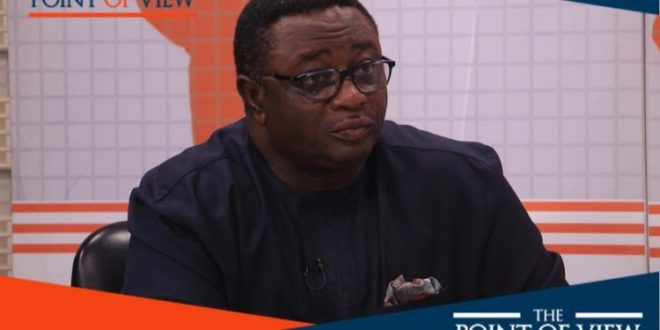 ‘Ignore Wontumi, no one takes him seriously’ – Afriyie Ankrah

The opposition National Democratic Congress (NDC), has asked Ghanaians to treat with contempt the comments made by the Ashanti Regional Chairman of the New Patriotic Party (NPP) on its recently held parliamentary primaries.

Describing as ‘ridiculous and preposterous’ the possibility of Bernard Antwi Boasiako also known as Chairman Wontumi playing a role in the election, the NDC’s Director of Election, Elvis Afriyie Ankrah said the persona of Wontumi makes his claim one that lacks substance.

Wontumi claimed that he meddled in the NDC’s parliamentary primaries held on Saturday as well as previous elections.

He also said that he orchestrated the defeat of the Ras Mubarak in the Kumbungu primary claiming that he paid monies directly to delegates and key persons to teach Mr. Mubarak a lesson because he is “too loud.”

“As for the other strategies, I cannot say them on air. When you look at Ras Mubarak for instance, considering how loud he is, we decided to teach him a lesson. All that is in our hands and in our interest as well. When they were going to elect their national executives, we told them we wanted people we can work with. In politics, you must know the weakness of your opponent and take advantage of them and so you help them choose a candidate. This is something that we have done and so in 2020 Nana Addo will retain the seat”, he claimed.

On the Point of View on Wednesday, Mr. Ankrah told the host of the show, Bernard Avle that Wontumi’s comments are extremely hilarious, unserious and must be rejected.

“Let’s not bring the comedy, I don’t take him (seriously) with all due respect. That’s ridiculous and preposterous. When we were going to do our regional elections, he said he was going to choose our chairman for us and all that… Let’s leave the comedy.”

‘I leave everything to God’ – Ras Mubarak to Chairman Wontumi

Earlier, Ras Mubarak had indicated that his defeat was as a result of vote-buying by his opponent.

But days later, Mr. Mubarak said “if he [Wontumi] is claiming to be the unseen hands who orchestrated my defeat, I leave everything to God. I live to fight another day.”