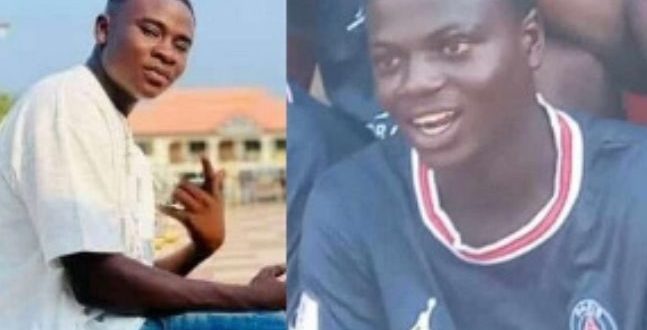 Share
The youth of Akatsi in the Akatsi South Municipality of the Volta region on Sunday morning clashed with the Akatsi police over the death of a 20-year old student of the Akatsi Senior High Technical school, Setor Agormeda.

The deceased was one of three persons who were involved in what police said was a motor accident when they were being chased by the police for their alleged involvement in a robbery incident.

The victims were suspected to have snatched a bag from a young man that dawn and sped off on a motorbike.

The deceased, together with Nelly Wilson Lumor, aged 19, and Jemino Ademu, 18 were riding on a motorbike at about 1300 hours Saturday, April 9 when the incident happened.

“The people who were alleged to have robbed the young man were three. So the police saw them and they also saw the police but they decided to speed off on the motorbike so the police chased them. According to the police, they went round, round the Akatsi town and when they got to a section of the road, they lost control of the bike and fell into a gutter. The police went to them and realised they had sustained injuries so they picked all the three to the hospital for treatment but because they were suspects, the police placed a guard on them,” Chief Superintendent Felix Anyidoho, the Volta Regional Crime Office told the media.

Setor Agormeda, now deceased, was later referred to the Ridge hospital, Accra when his condition worsened but was pronounced dead in the early hours of Sunday.

The news of his death got the youth of the town enraged. They besieged the Akatsi police station, pelted the police officers with stones, and left some vehicles damaged.

According to the youth, claims that the victims were involved in an accident were untrue.

They alleged that the police rather knocked down the victims with a police van in an attempt to arrest them.

This claim was further corroborated by Jemino Ademu, one of the victims.

He told Starr News that the police van knocked them down from behind leaving them with severe injuries while vehemently denying their involvement in any crime.

He said, “I was called by my senior brother that night to pick his friends to their homes after they had spent the whole night playing games at his game centre. Just when I moved with them, I realised there was a police van following us but since we didn’t do anything, we moved unperturbed. Suddenly, the van came bumping into us from behind. They hit us into the gutter and I fell unconscious and only woke up at the hospital and in a handcuff.”

“We were never involved in any robbery, we were not even aware we were being chased by the police,” he stressed.

Hamza Ademu, a 16-year old JHS graduate had stepped onto the street during the protest and was hit by a bullet in the ribs.

He died shortly after a while on transit to the Ho Teaching hospital.

Hamza, according to the parents completed the Akatsi Demonstration Basic school just this year but was unable to check his results due to financial constraints before his untimely death on Sunday.

The father, Sanda Ademu told Kasapa News, “I was elsewhere when I had a call that something had happened to my son. I rushed home and confirmed that he was shot by the police during the riot. A few minutes later, I was informed that my son died on the way to the hospital. I am a Muslim, my son is gone and there is nothing I can do about it because I trust it is the doing of the Almighty Allah.”

The families are, however, pleading with the police to release the body of the deceased as early as possible for burial in line with the Islamic beliefs.

Few others sustained injuries, including a mentally challenged young man, known as Agboyibor, who is reportedly battling for his life at the Ho Teaching hospital having sustained severe gunshot wounds.

The police have since brought in a reinforcement including men from the Formed Police Unit (FPU), Accra to forestall any reprisal attack from the youth.

The Volta Regional Police Commander, DCOP Edward Oduro Kwanteg who visited the town following the incident has been urging the youth to remain calm while assuring them a proper investigation into the incident.

Municipal Chief Executive for the area, Kofitsey Nyahe has also been engaging the youth and families of the victims to ensure there is absolute calm while investigations continue.