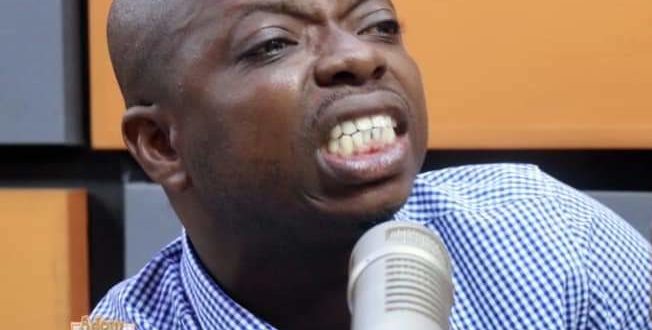 The Bono Regional Chairman of the ruling New Patriotic Party (NPP) Mr Kwame Baffoe has honoured an invitation from the Criminal Investigations Department (CID) of the Ghana Police Service.

The invitation was in connection with a petition from former president John Mahama over assassination claims against him by Baffoe.

Mr Mahama had written to the Director-General of the CID through his counsel, Tony Lithur of Lithur Brew law firm, on Monday, May 4, drawing the attention of the security agency to an infringement of Section 208 of Act 29 which talks about the publication of false news with intent to cause fear.

Known as Abronye DC, Mr Baffoe had alleged that the former president, who is also the leader of the National Democratic Congress (NDC), is hatching a plot to assassinate some key NPP members including Abronye himself.

The allegations were made on Net 2 TV.

“On the programme, Abronye DC announced to the general public that some NPP personalities would be assassinated by NDC hirelings who would be wearing NPP T-shirts, and that these hirelings would be doing the bidding of Former President John Mahama,” Mr Lithur’s letter of complaint to the CID read.

Appearing before the CID panel, Abronye DC said he wants a full public investigation into Mills’ death for the truth to come out so closure will be put to the case.

The presidency has received several petitions requesting the Akufo Addo government to institute an inquest into Mills’ death.

“There have been dozens of claims as to the cause of death, and the conditions of systemic medical negligence, upper-level complicity and solitary confinement that President Mills was subjected to. Some have even accused Mahama directly of having a hand in President Mills’ death.

“This fact is supported by many unanswered questions, and it is a national security matter.

“While I appreciate the fact that Mills’s family may not be enthused about the probative issues being raised in this petition, a further investigative scrutiny and determination will ensure that the country become aware of the outcome of the Coroner’s Inquest, and the circumstances surrounding the death.

“The conjecture that these matters are better left to the family to deal with, and that the departed must be allowed to rest peacefully underscores the shield of vagueness and the normative concealment of probative facts which gloss over the depth of rot in such a national security matter.

“I, therefore, request your immediate intervention to ensure a bipartisan inquisitorial process is activated in a prompt and impartial manner just so we can all allow the soul of President Mills to rest peacefully.

“I am also fortified by the knowledge that your good office would not adopt a nonchalant attitude and allow this matter die a natural dead,” one of the petitions to the presidency said.