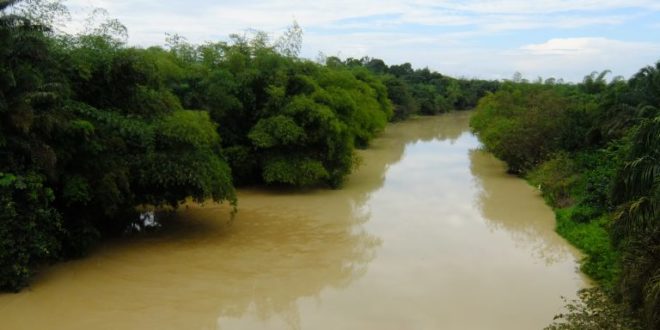 Ghana is a nation of dreamers no doubt, but our collective imagination occasionally slips and betrays a nation without dreams. I refer to slippages in the naming of important entities in our motherland. We have been occasionally absent-minded in the naming processes, omitting great people who impacted the nation and localities; other times we have named important things after trifles. It makes you wonder what really goes into street naming for example. A friend once guessed that the nation sometimes runs out of names, compelling us to give street names like ‘Kokonte Street’ in one part of Accra, where incidentally you may comb the entire neighborhood for a kokonte restaurant only to be disappointed, there is nowhere to face the wall. Other times you may find Osibisa’s Mac Tonto being compelled to name a street at his corner, ‘Osibisa Close,’ at the Airport Residential area, when authorities were not watching. The nation had forgotten the great pan African Band, and ignored to extend honors due them. The great trumpeter Mac Tonto then helped himself in self-adoration.

But the naming process is occasionally logical even if trivial. Years ago while driving around Legon, I explored parts of the Kissema market looking for a quick exit to Legon, and found a curious lane where the dreadful hot alcoholic stuff, was for sale in tots. I regretted using that route, for I could have been mistaken for a frequent client myself. I raised my head to check the name of the busy place. It was called ‘Borla Spot.’ Why the name? It was located at the foot of a huge refuse dump, Borla. So if you were looking for the hot stuff, there was no need looking for the blue kiosk, and turning right. If using a google map, just look for the nearest refuse dump, it doubled as a drinking spot.

But I have sometimes complained when I realize that our minds somehow strayed when we were naming administrative regions of the country. That is why I had problems with time-honored labels like Central region, Western region, Northern region, Upper East, Upper West, etc. My adrenalin inched further up when Ghana created new regions a few years ago. Our names for the new regions gave me occasional ear aches raising questions about ‘who at all is this old man giving meaningless names to regions in Ghana?’ Whereas we already had a ‘northwestern’ part of Ghana, here comes the old man saying, let’s call one of the new regions ‘Western North.’ Does western north mean the western part of northern region, or the northern part of western region. And by the way, let’s go back to square one. Why ‘Central region,’ when the entire region so-called is far from the central part of Ghana? Is the most central part of Ghana not Ashanti? Let’s ask Sri on Google; or the GPR, the computer all-knowing grandma who gives road directions, and sometimes misleads you to drive into a Galamsey pit.

Then also Upper East, Upper West, Bono East, etc; who are these people?

Come with me to Nigeria, and ask for the names of the federal states: Oyo, Osun, Ogun, Cross river, Benue, Anambra, Enugu, Delta, Anambra, Imo. This is Nigeria.

In Ghana here, let me doff my hat to the regional labels, Volta, Oti, Bono, Ashanti, Savanna, regions etc. I would salute them, and thereafter dump all the directional road signs masquerading as regions of Ghana: East, West, Upper West, Northern etc., regions. Please join me to dump these regional names in the Atlantic ‘Borla Spot.’ Those names are flat impositions; uninformative, and even hostile, telling us we are still colonies serving a Governor who, pipe in mouth, resides lazily in Cape Coast. The signs tell you northern and upper regions are too far away from the governor, so don’t venture there. Enjoy yourself in Central and Western. The veteran broadcaster, Mike Eghan from Sekondi made it easier when in the 70s, he boasted that the ‘Best Comes from the West,’ unknowingly implying that the western world was the place to go, since the ‘baddest’ comes from Africa.

There are permanent features in our own history and eco-system that are meaningful reference points we have missed. Let’s name River Birim after the Eastern region. Call it the Birim region; the river stretches through most parts of that region, and has sustained the people for generations. The Birim river unites that region in a sense. Western region is meaningless to Nkroful people; call it the Ankobra region. I would like to hear that the Best Comes from the Ankobra (not the West). Regions like Densu region, Pra region, Ayensu Region, Tano region, are home-made, and instill a sense of awe in nature. These denote unique environmental features that have promoted personhood and mutual respect between man and nature.

By so naming, we shall honor our great and charitable rivers in the environment, and extend apologies to them for our sins of omission and damage.

It may not be too late, folks; but who knows? We may also prick consciences and allow vindictive rivers, to pull the ears of Galamsey villains. In other words ‘pull their ears small.’