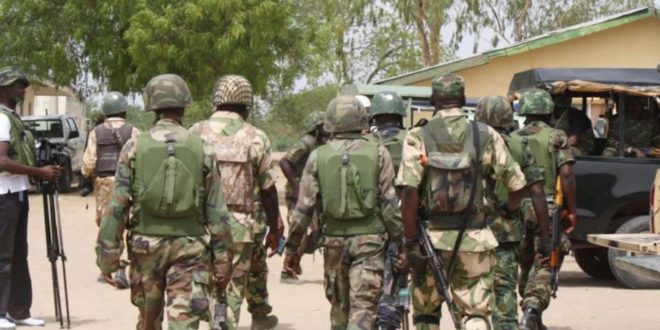 As part of measures in curbing the increasing insecurity in the area such as illegal activities of nomadic Fulani herdsmen and other heinous crimes, the government plans to build a military base in Asante Akim North District capital, Agogo in the Ashanti Region.

“There have been a number of consultations and engagements with the chiefs and the government to get the military base sited in the area”, the District Chief Executive (DCE) for Asante Akim North, Hon. Francis Oti Boateng revealed in an interview monitored by MyNewsGh.com

According to the Chairman of the District Security Committee (DISEC),  the move  is one of the mechanisms to curb the long standing dispute between the herdsmen and indigenes of the area.

“We are determined to alienate cattle rearing activities from the district and we have the support of the residents of the area”, Hon. Francis Oti Boateng told the host of Oyerepa FM.

The DCE  also revealed that the chiefs have allocated 1000 acres of land for the construction of the  military base. This, he said would scare the nomadic herdsmen from destabilizing the peace in the area.

Meanwhile, the DCE has revealed that complaints from indigenous farmers about the activities  of Fulani herdsmen in the district is reducing following  the support received from the government and assured the assembly readiness to give it almost support in protecting the people.

Hon. Francis Oti Boateng said happenings in regards to insecurity has over the period suppressed the growth of agriculture in the municipality.

In his words, the situation was volatile. “The destruction of farms by cattle of Fulani herdsmen was alarming. The assembly based on that took steps to address them.”

Previous VGMA: I gave out GHC50,000 to my fans to vote for me – Stonebwoy
Next UCC, UEW lead in fake certificates by public sector employees – Audit Service