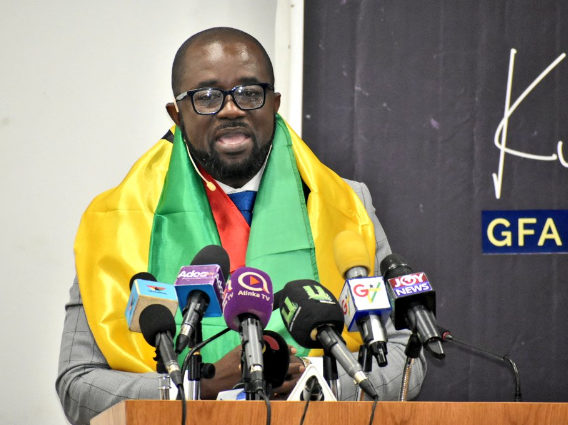 The Ministry of Youth and Sports has summoned officials of the Ghana Football Association for an emergency meeting over the disgraceful exit of the Black Stars at the ongoing African Cup of Nations in Cameroon.

A statement from the Sports Ministry expressed disappointment over the performance of the Black stars and stated the Ministry would want to meet officials of the FA on Friday to discuss the way forward. 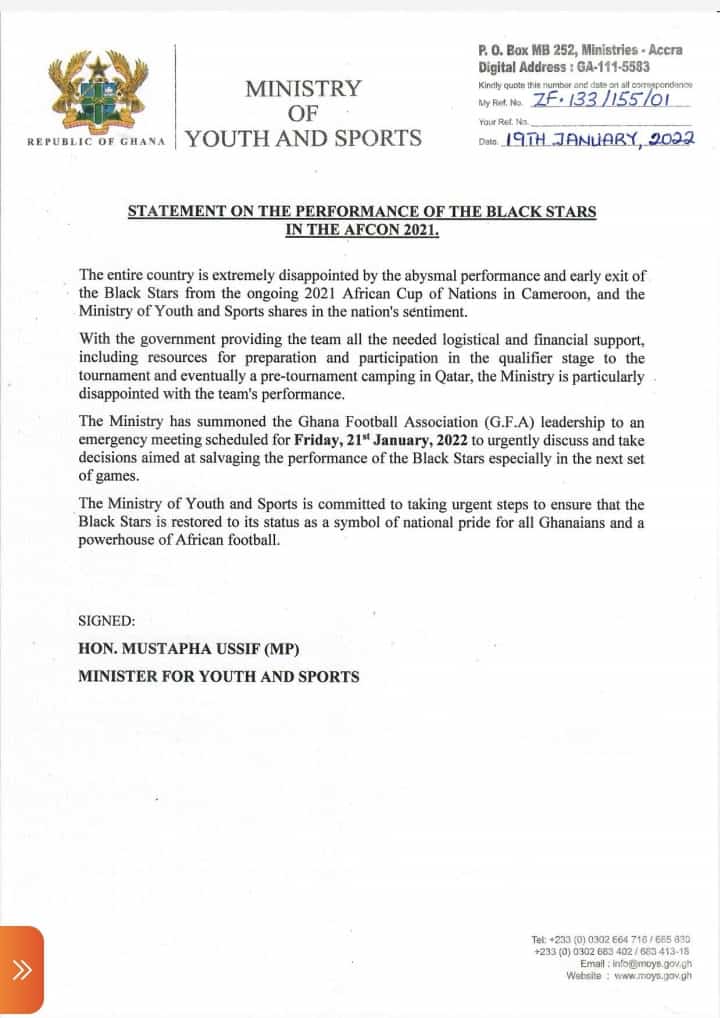 The Black Stars were eliminated from the competition after a defeat to minnows Comoros and failed to win a single match at the group stage.

Ghana’s elimination from the competition is the worst performance by the Senior National Team in the AFCON tournament in history.

The majority of Ghanaians have called on the FA to immediately relieve the head coach of the team Milovan Rajevac over his poor performance.