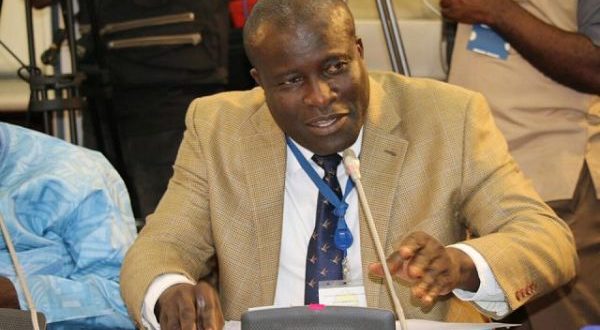 The Government has justified the appointment of Dr. Alexander Adusei as the Managing Director for the yet to be established Keta Port in the Volta region.

President Akufo-Addo through his Minister for Transport Kwaku Asiamah in a letter sighted by Starr News made the appointment even though there is no port at Keta at the moment.

The minority in Parliament led by the MP for Keta Richard Quashiga accused the President of causing financial loss to the state with such an appointment.

He called for the immediate removal of the MD until the port is established.

However, speaking to the media in Parliament, Deputy Transport Minister Titus Glover argued that Dr. Adusei will coordinate the construction of the Port following an executive instrument from President Akufo-Addo establishing the Keta Port.

“He is coming to coordinate between the Ministry of Transport on the Government side, through GPHA to the site where we want to do this port,” Mr. Glover told Starr FM’s Parliamentary Correspondent Ibrahim Alhassan.

The Tema East Lawmaker further disclosed the newly appointed MD will enjoy same conditions as his colleagues at Tema and Takoradi even though his port is yet to be established.

But Mr. Quashiga has, however, rejected the justification of government.

He is demanding the resignation of the Transport Minister Kwaku Asiamah adding that he has already initiated processes for the minister to be summoned to Parliament.

Previous “Lie all you can with economy, reality’ll expose you” – Mahama
Next Photos: Pupils sit in sand to learn in Oti Region