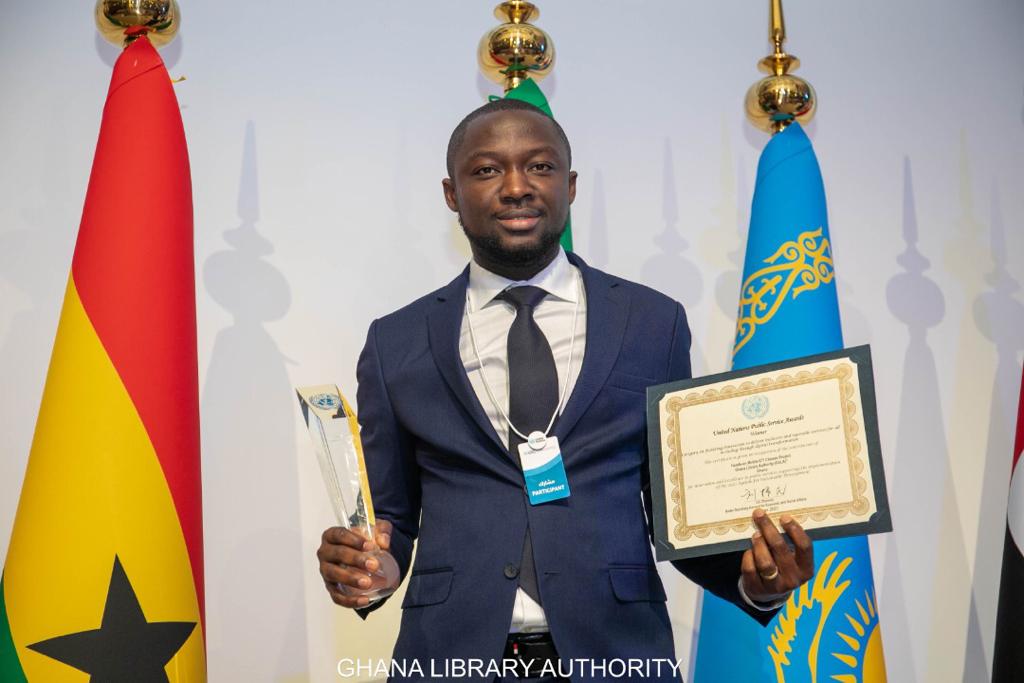 The Ghana Library Authority (GhLA) has been recognized by the United Nations for its work in using its Hands-on Mobile ICT classes project to drive inclusive and equitable technology education in Ghana at a ceremony hosted by the Government of United Arab Emirates (UAE).

Ten initiatives by public institutions from around the world were recognised for the 2021 United Nations Public Service Awards (UNPSA)
GhLA, which was founded in 1950 and is known to be the second oldest government institution set up by an Act of Parliament of Ghana emerged victorious in the category of “Fostering Innovation to deliver inclusive and equitable services for digital transformation”.

The UNPSA is the most prestigious international recognition of excellence in public service. It rewards the creative achievements and contributions of public service institutions that lead to a more effective and responsive public administration in countries worldwide. GhLA is the first public sector institution to win the award for Ghana.

In his remarks after the award, Mr. Hayford Siaw, the Executive Director of the Ghana Library Authority stated, “Information Communication Technology (ICT) has become one of the important areas to invest in and recognizing its worth, we at Ghana Library Authority are meeting the needs of the less privileged learners by taking digitization to their doorstep. This award is because of significant impact and success among beneficiaries of the project”.

“The Ghana Library Authority has been working to promote digital literacy outside the brick-and-mortar environment; hence, we are not limiting ourselves to only the physical library space but rather aiming to connect Ghanaians to knowledge resources through every possible means. Hands-on Mobile ICT class is one of such”, Mr. Siaw emphasized. 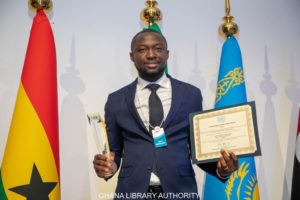 The Board Chairperson of GhLA, Dr. Helena Asamoah-Hassan on her part expressed gratitude to all stakeholders for their support to GhLA to reach this level of recognition.

This award by the United Nations comes on the back of a similar recognition by the London Book Fair International Excellence Awards earlier in the year as the ‘2021 Library of the Year’.