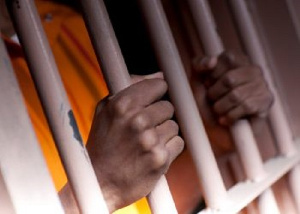 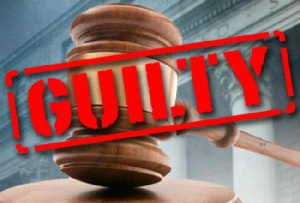 The Ashaiman Circuit Court has sentenced three robbers to five years imprisonment in hard labour each for conspiring and robbing a woman at Zenu in the Kpone-Katamanso Municipality.

The court presided over by Mr Simon Gaga, sentenced them on their own plea of guilty to two counts of conspiracy to commit crime and robbery contrary to the Criminal Offence Act 1960 (ACT 29).

They were sentenced to three years on count one, and five years in hard labour on count two, the sentence however is to run concurrently.

Chief Inspector Samuel Aperwah, prosecuting said, complainant Ms Evelyn Bortey Quaye, was a worker at Free Zone Company in Tema, and a resident of Atadeka a suburb of Ashaiman.

Chief Inspector Aperwah said on October 7 this year, at about 2345 hours, the complainant closed from work and was alighted by the company’s bus on a portion of the Atadeka road.

He said, whilst standing at the roadside in search of transport to her house, the accused persons who were on a motorbike stopped near her, held her to the ground and forcibly took her bag which contained automated teller machines (ATM cards), GH₵7.00 cash, and an Itel mobile phone valued at GH₵300.10, and sped off.

The complainant, according to the prosecution, narrated her ordeal to two neighbourhood committee members, who spotted her shouting by the roadside some few minutes after the robbery incident.

The neighbourhood committee member who was also on a motorbike pursued the three convicts, who later abandoned their motorbikes, and escaped when they saw that they were being chased.

The neighbourhood committee members accompanied the complainant together with the abandoned motorbike to make a complaint at the Zenu Atadeka Police station.

The court heard that on October 11, 2022, Bismark Appiah and Emmanuel Attakora went to the Katamanso Police Station to check whether they would see their motorbike there, they were however sent to New York Police Station since it was not at Katamanso.

The prosecution said at New York Police Station, the accused persons pointed out the said motorbike which was used in connection with the case and claimed ownership but failed to produce document.

They were, therefore, detained, questioned, and investigations initiated after which they were prosecuted before the court.

Previous A mini car catches fire, burns at 37
Next PPI for October shoots to 65.2%