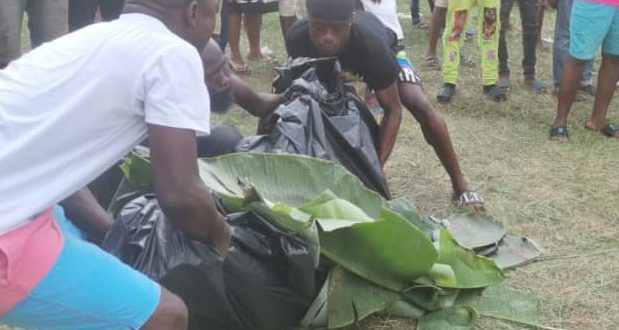 A Fuel Tanker Driver has reportedly absconded after killing a motor rider in a ghastly accident on the Sofoline-Abuakwa highway.

The motor rider according to eye witness was trapped under the car before the vehicle run over him, bursting his head in the process at Asuyeboah in the Kwadaso Municipality of the Ashanti Region on Thursday November 17, 2022.

Some of the eyewitness who thronged to the scene in an interview with OTEC News Kwame Agyenim Boateng said the deceased who is believed to be in his late 30s died on the spot after the gory accident.

They explained that, driver of the fuel tanker who initially stopped to see what actually occurred saw some agitated youth in the area running towards his direction with weapons and upon sensing danger, run away. 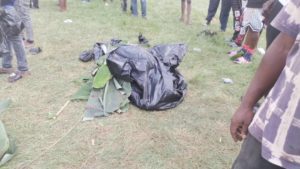 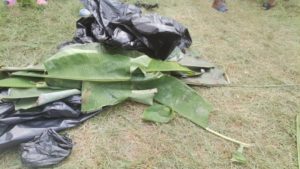 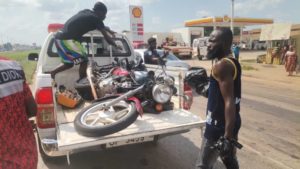 Previous LIVESTREAMING: Ghana vs Switzerland
Next Palm oil thief tied to a pole, beaten to death at Jukwa Abrafo