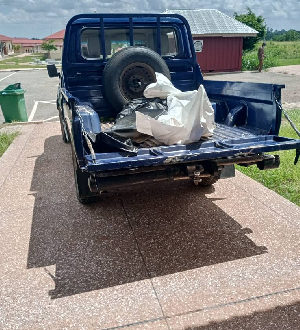 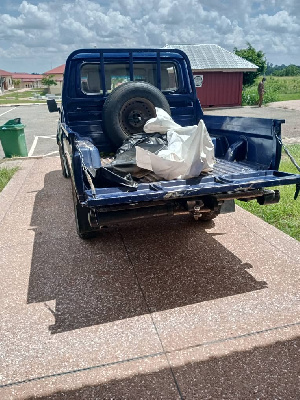 Four suspected robbers were shot dead when police responded to an attack on the Bekwai-Cape Coast highway, Wednesday morning.

The suspects had blocked that stretch and were reportedly robbing unsuspected passengers of their personal effects.

They were chased to their hideouts at Essumegya, a community near Bekwai where they engaged the police in a gun battle.

Assemblyman for the area, Kofi Frimpong, gave details of the police crackdown to dailymailgh.com.

“They were robbing on the Fomena-Bekwai highway and so the police got a tip-off, rushed to the scene and gave them a hot chase. The armed men came to my electoral area while escaping and so they branched to a nearby school but the police met them and there was an exchange of arms.

Although the police are yet to give details of their identities it is gathered that a search is underway for another suspect who escaped with gunshot wounds.

“So far one is on the run and the bodies have been conveyed. We have made an announcement that anybody who finds any suspicious persons around the community should report to the appropriate authorities for action”, the Assemblyman said.