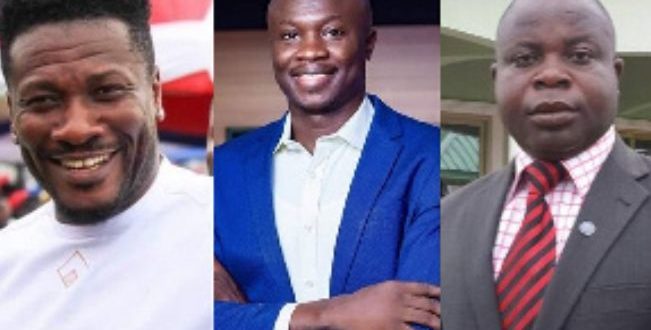 Share
There are not many sports personalities in the Ghanaian political space, not even at the the Ministry of Sports.

The narrative of politics being a dirty game bars people, especially sporting personalities from channeling a career path.

However, there are a few sports personalities who have tried, some with ambitions of trying, and others practicing.

The former Black Stars captain is heavily adored in Ghana for his legacy with the national team.

In 2020, he disclosed that he has not thought of becoming a politician but people were calling on him because of his good works.

“I’m happy that people are grateful for what I have done. I said earlier that people want me to become their MP,” he told Adom FM.

“The most important thing is that people are happy with what I have done. Talking about politics anything can happen, but for now, politics is not on my mind. Sometimes the people choose you, people can choose you to lead them. When the roads were going on plus other projects, many people were urging me to lead them as their MP,” he added.

“Some people did not plan to do politics but at the end of the day they are doing politics which is a normal thing,” he concluded.

The multiple award-winning journalist has hopes of becoming a politician and he made his intention known in 2020.

He said he knows the problem of his people and will one day try through politics to bring development.

“I know what the problems of my people are. I will not say it is only through politics that I can help bring about development […] One day, maybe, I will go and try it out (contest the seat). But, I still have the ambition of serving them in any way,” he said on Talk To Solomon (a talk show on YouTube).

In the 2012 election, Saddick Adams who was then with Sunyani-based Storm FM contested on the ticket of the PPP.

Haruna Iddrisu is a Ghanaian politician who owns a Division one club, Steadfast FC.

He has helped unearth talent for Ghana football through his club.

There were rumors of him eyeing the President seat due to his steady rise on the political ladder.

Reacting to the rumours back in 2020, he said: “I know a lot of people exaggerate Haruna’s dreams and ambition. I’m not as ambitious as people are thinking, trust me. I will walk to where Grace and Allah define me at his own time.” he told Joy News.

Kofi Asare Brako Abartey is a highly-rated Ghanaian broadcaster. Due to his works and rise to fame, he was appointed as the personal assistant of former Minister of Youth and Sports, Isaac Asiamah in 2020.

He was appointed followed rumours of him being an align to the New Patriotic Party.

In 2012, he contested to become a member of parliament at Akim Oda as an Independent Candidate.

He lost to National Democratic Party’s representative, Kwabena Nkansah Asare amassing only 278 votes, the least among the six candidates.

Previous WATCH: FIFA celebrates Kwadwo Asamoah’s assist in 2014 World Cup against Portugal
Next This Week On Twitter: Rihanna to launch Fenty in Africa, Kendrick Lamar in Ghana and many more