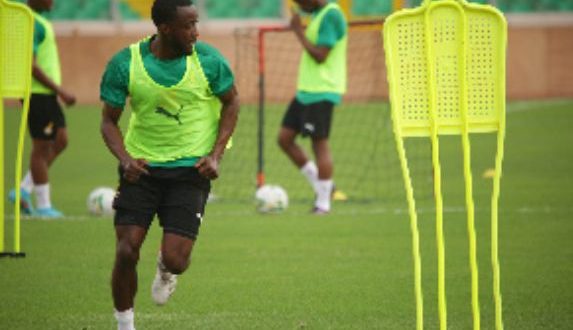 Share
Elisha Owusu is set to make his first international appearance for Ghana after he was included in the Black Stars squad for the World Cup qualifier against Nigeria.

Owusu made the cut due to his consistent game time for Gent in the 2021/2022 season. He has played 28 matches in all competitions so far for the Belgian top-flight side.

Owusu is one of the three debutants in the Black Stars squad and will be proper to learn about the new face.

Elisha Owusu was born and raised in France, Montreuil by Ghanaian parents. He was thus eligible to play for Ghana and France.

Elisha Owusu started his youth career at Olympic Lyon joining from Bourgoin-Jallieu in 2010 at age 12.

He was promoted to Lyon’s reserve side five years later and was subsequently named as captain. He led a team that included Arsenal target and French international, Hossem Aouar.

In 2017, he signed his professional contract with Lyon, penning a three-season deal.

After a season of no game minutes and spending the most time with the reserve side, he was loaned out to Sochaux. He made 33 appearances for Sochaux.

He secured a move to Belgian side, K A A Gent after his one-season loan ended in 2019.

Similar to the most footballer who has good taste for fashion, Elisha Owusu knows what to wear at what time. His choice of dress and combinations are eye-pleasing.

Owusu is versatile. He started his career as a midfielder who operates in the engine room.

However, he was over the years developed to fit in positions like central defender, and Central midfielder.

He is press resistant, strong, and has good feet, which makes him good with the ball.

The 24-year-old walked down the aisle with his long-time girlfriend in 2020.