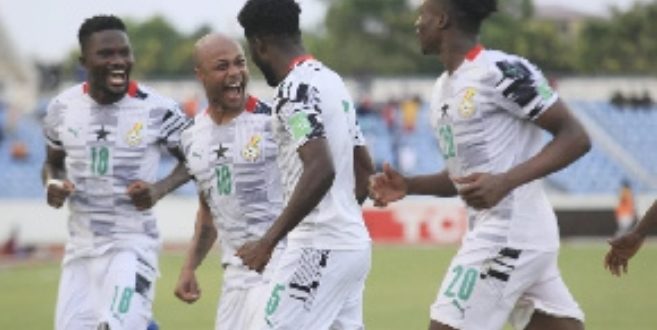 Five reasons Nigeria should be scared of Ghana

Every Nigerian could have said with his chest out that Ghana would be no match for the Super Eagles at the time of the World Cup playoffs draw.

But now, the tie looks more open and Nigeria head coach, Augustine Eguavoen will be scratching his head and thinking deep on how to beat Black Stars.

In January 2022, Ghana was paired against Nigeria for the 2022 FIFA World Cup playoffs. Nigeria at the time had qualified to the round of 16 of the 2021 African Cup of Nations(AFCON) with a hundred percent record.

Ghana, on the other hand, were languishing at the bottom of Group C, bowing out of the competition with zero wins.

A lot has changed for Ghana and there is certainly a new breeze around the Black Stars ahead of the games against the Super Eagles on March 25 and 29, 2022.

Five reasons Nigeria should be scared of Ghana

Black Stars will be led by an interim technical team. The disappointing performance at the AFCON caused the exit of Milovan Rajevac and his team.

Shortly after, a four-member tactical team was appointed and tasked to ensure Ghana’s qualification to the World Cup.

Obviously, there is a new look on the bench and also the desire to play at the World Cup could light up the spirits of the players in the crucial tie.

Thomas Partey has been in a sublime form that many Ghanaians would wish this version of him will be in full flow against Nigeria.

Partey since the AFCON has been nothing but brilliant and consistent for Arsenal. He won the club’s player of the month award in February. He has a goal and assists to his credit in six games and in those matches he gave the Gunners control in midfielder with the exception of the match against Liverpool(Carabao Cup).

He has almost always shown up in every qualifying match he played for Ghana and therefore a top draw performance against Nigeria might be looming.

The 22-year-old Ghanaian midfielder missed the AFCON in Cameroon due to a rib injury he sustained in November 2021. Many have argued that Ghana struggled in the tournament because of his absence.

He is the link between the midfield and attack, the creative spark who brings life to Ghana’s offensive game.

He made his injury return in February and has played 9 matches for the Ajax first team and team B combined.

Mohammed Kudus could be available for Nigeria match bar any compilation in the coming days. When he features, the Black Stars will be flow in the offensive areas.

The Black Stars squad to face Nigeria could see new faces. Ghanaian players based abroad who are on the top form have reportedly accepted to play for the Black Stars.

One of the many problems Black Stars encountered at the AFCON is a commanding center back who will organize the defense and Salisu per his performance in the English Premier League is that type.

Nigeria are not getting through a center-back pairing of Salisu and either Daniel Amartey or Alexander Djiku who have also been descent for their respective clubs since the AFCON.

Another problem Ghana faces at the tournament is making the main man up front, Antione Semenyo could provide that in the games against Nigeria.

He uses both feet, has great strength, pace, and above all knows where the goal is.

Also, he is a striker who wants to be involved in the game and sometimes turns out to be the creator.

The Black Stars scored three goals and one of those was scored by a second-choice striker, Richmond Boakye Yiadom.

Ghana had an embarrassing African Cup of Nations and the players would not want to worsen their case with a failure to qualify for the World Cup.

The Black Stars were knocked out of the competition at the group stages. They recorded just a point from three games, losing two. The players set an unwanted record of masterminding Ghana’s worst-ever performance in the tournament.

Therefore, they would want to come good and by doing so qualify for the World Cup at the expense of Nigeria.