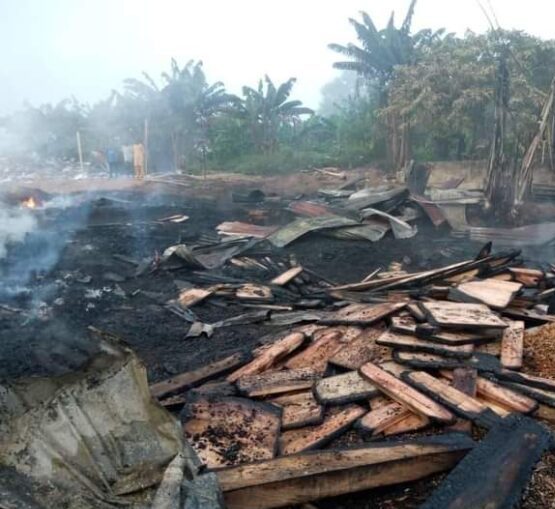 A huge sawmill at Akyem Asene in the Asene Manso Akroso district in the Eastern region has been razed down by fire.

Wood and equipment worth thousands of cedis at Diamond City Sawmill were consumed by the fire.

The cause of the fire outbreak is not known, however, the owner of Diamond City Sawmill Kwaku Owusu alias Kwaku Azar suspects an arson attack.

According to him, about a week ago a man stormed his sawmill claiming ownership of the land and threatened him to relocate for the area to be used to construct a fuel station.

Meanwhile, the brother In-Law of the owner of the sawmill, Apostle Yaw Sarfo has placed a bounty of Ghc5000 for anyone who assists to arrest the Suspect.

Previous Ofori-Atta has been cooking the books – Mahama alleges, dares him to sue
Next Exclusive: Up Close with Richard K. Tetteh