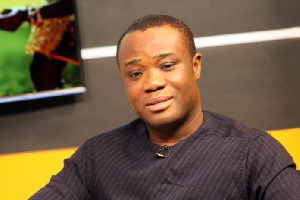 The National Democratic Congress’ Member of Parliament for the Abura Asebu Kwamankese Constituency has lost his seat to the New Patriotic Party.

Felix Kwakye Ofosu who conceded defeat in a post on his official Facebook page thanked persons who supported him in the 2020 elections.

“It was so close yet so far for me. I lost by 176 votes. Congratulations Elvis Morris Donkor and better luck to me next time. I am also deeply grateful to all of you out there who supported my bid in diverse ways,” Kwakye Ofosu wrote.

He pulled a total of 360 votes to defeat his closest contender, Dr. Nana Ama Brown Klutse who managed to poll 327 votes.