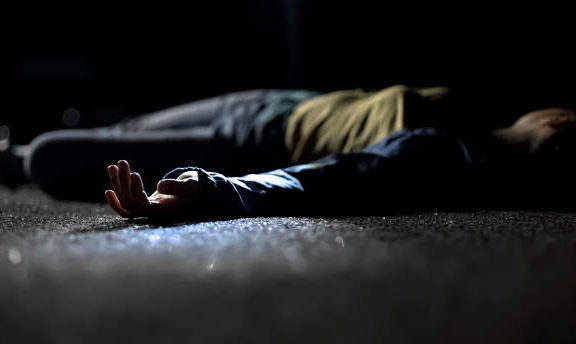 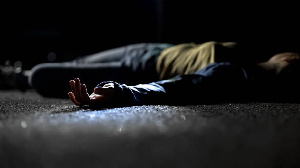 The Koforidua District Court, presided over by Her Worship Nana Ama Dabbah Fynn Esquire, has remanded Felix Teye, a farmer into prison custody for allegedly shooting a 27-year-old woman, Kwesi Gladys, to death during a misunderstanding over a burial rite.

The Prosecuting officer Sargent George Defia narrated to the court that, the complainant in the case Ayertey Albert, 30, is a farmer residing at Atua, a suburb of Somanya with his wife.

About three months ago, suspect Felix Teye lost one of his daughters which Kwasi Tia carried the corpse on his back from Korhwere village to Konkoney to bury her.

The Suspect was expected to honour an agreement to present white fowl and a bottle of locally manufactured gin (Akpeteshie) to Kwasi Tia to perform rituals to cleanse himself for carrying the corpse and burring same, however, Felix Teye failed to do so.

Kwasi Tia became angry and complained bitterly to the complainant, his wife and two daughters -Kwasi Naomi and Kwasi Gladys that he doesn’t feel well because the rituals have not been performed for him.

On July 24, 2022, at about 7:00 am, the complainant led Kwasi Tia and his two daughters to the house of the suspect to mediate for the rituals to be performed for him however they met the wife of the suspect Esther Dede Tetteh who told them the suspect was not at home, therefore, they should leave the house.

However, they decided to wait for the suspect to return. One of Kwasi Tia’s daughters, Kwasi Naomi, picked a bench from the compound of the house for them to sit on but suddenly, the suspect’s wife violently snatched the bench from her which led to an altercation.

The suspect’s wife pulled a pestle from her room and attempted to hit the head of Kwasi Naomi but her now deceased sister Kwasi Gladys disarmed and intercepted it .

The wife entered the room again and pulled another stick to hit Kwasi Gladys but was intercepted leading to fierce struggle.

The complainant attempted to separate them but suddenly the suspect allegedly shot Kwasi Gladys from a nearby bush about thirty meters away from his house and attempted to run away but was pursued and arrested by the complainant who retrieved a single barrel gun and five live cartridges from him.

The suspect was detained by the Asesewa Police with the exhibit. Upon investigation, he was charged and arraigned before the Koforidua District Court for committal trial .