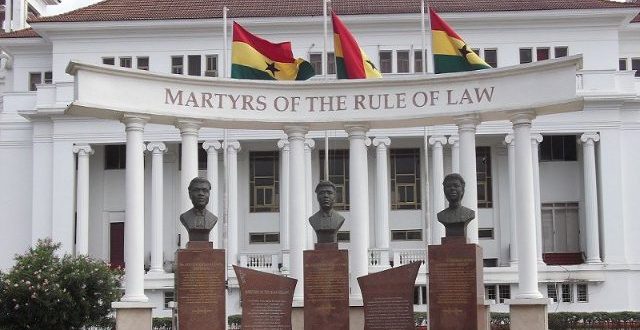 The Supreme Court is set to deal with any election petition that will arise out of the 2020 elections in 42 days maximum.

Justice Jones Dotse, the Chairperson of the Election Manual Review Committee, any suit challenging a presidential election will only be allowed from contestants in the election and only against the winner and the Electoral Commission.

“There’s a nice write-up on the manual which indicates that the Supreme Court is proposing that should there be any dispute, it will not go beyond 42 days,” he stated.

This is to prevent a repetition of the election petition of 2012 which dragged for eight months.

Governance expert said it affected the country as the government of the day was too cautious in taking certain decisions.

The business community was also affected as a lot of investors wanted to be certain the direction the country was going before investing in the country.

Speaking at the launch of the 4th Edition of the Manual on Election Adjudication, Justice Jones Dotse disclosed that processes on who can sue and join the suit has been spelt out.

“And there are major significant changes in the law in the sense that now if you are interested in questioning or initiating a presidential election dispute, you must have been a candidate in that election and you can only sue the one who has been declared as the winner by the EC and the EC, that’s all. ” he added.

On his part, Chief Justice Kwasi Anin-Yeboah indicated the readiness of the Judiciary to deal with all election related suits.

“While not everyone will agree with our decisions, I can assure you that they (political) have all seen and motivated by the national interest underpinned by first and foremost the judicial principles for which the judiciary stands for geared towards the sanctity of our motherland,” he said.

He added, “Our judges had sufficient training to better improve their capacity in handling dispute that might emerge after these elections.”

The Chief Justice assured “Ghanaians of the thoroughness, professionalism and patriotism with which we approach and dispense our duties that would never change.”