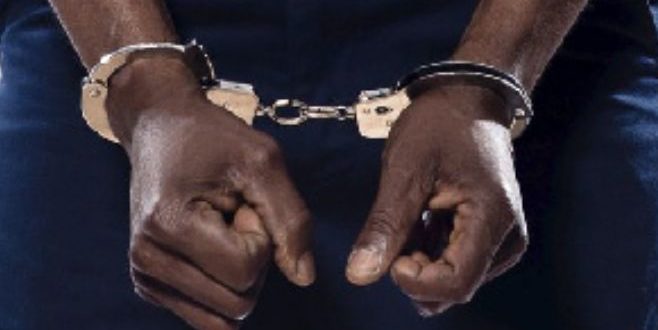 Share
The Tema Regional Police Command has arrested eight Nigerians including two ladies for internet fraud. Five computers and accessories were found in their rooms.

The suspects with ages between 18 and 26 made of five unemployed, a musician and two students were arrested in their rented house at Sakumono near Tema.

They have been arraigned before court and remanded pending investigations. Their names were given as Martin Fee, Akpesiri Unukegwo, Henry Ohimekpa, Patrick Ikane and Sunday Odo, unemployed, Joy llay, Princes Delekpe, students and Gaius Itcheri, musician.

Briefing newsmen at his office on Friday, the Tema Regional Police Commander, Assistant Commissioner of Police (ACP) Reynolds Kwakye said acting on a tip-off police personnel conducted a swoop on their house.

He said the police found the five computers and their accessories hooked to the internet as well as other paraphernalia at the time of the arrest, which suggests that the suspects are fraudsters.

The commander stated that the suspects who are residing in the country illegally are suspected to be engaging in Advanced Fee Fraud Scam popularly known as “419”.