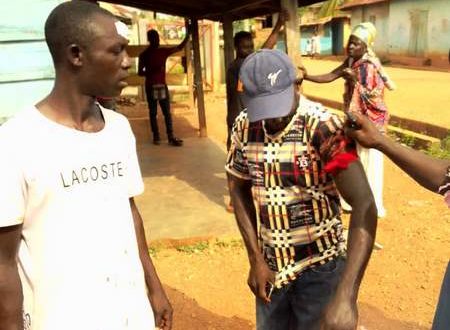 Share
One person has been confirmed dead while eight (8) others have sustained gunshot wounds during clashes between residents of Akyem Asunafo and a group of miners in Atiwa West District in the Eastern region.

Starr News has gathered that the residents of Akyem Asunafo were resisting illegal mining in the community and hence stormed a mining site where two excavators were operating.

However, armed land guards hired to protect the mining site attacked the community members amidst indiscriminate gunshots in which nine (9) residents sustained injuries and were rushed to Engresi Government Hospital but one was pronounced dead on arrival.

Akyem Asunafo is one of the few farming communities in the Akyem enclave that has been consistent in resisting illegal mining for fear that it will destroy their farmlands and river bodies.

A statement issued Saturday, April 2, 2022, and signed by the Public Relations Officer of the Eastern Regional Police Command DSP Ebenezer Tetteh said an investigation has commenced into the incident.

The statement said “Eastern Regional Police Command led by DCOP /Mr. Anderson Fosu -Ackaah has visited the community and the hospital where the remaining eight (8) persons are receiving medical treatment. Meanwhile, the regional, Divisional and District patrol teams have been deployed around Asunafo to maintain law and order.”

The Regional Police Command urged members of the Asunafo Community to volunteer information that will lead to the arrest of the suspects who are currently on the run, to face justice.

A similar incident occurred on March 12, 2022, in which a 45-year-old man, Eric Twumasi was shot dead by members of a feuding mining group at Akyem Twapease in Kwaebibirem Municipality also in the Eastern Region.

Kingsley Gyapong, a miner and resident of Tweapease, reported to police that in the morning around 10:00 am on a fateful day, he saw some group of gun-wielding men which he identified as Ecolac, Simon, Kofi Emma, Abincolo, Ashaiman and Kwasi Owusu firing pump action guns and locally manufactured pistols indiscriminately and gunned down the deceased.

It has not been made known if the police have arrested any of the suspects.