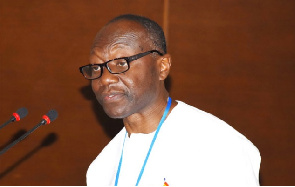 Deutsche Bank has closed three transactions worth a combined 162 million euros with Ghana’s Ministry of Finance to fund projects in the West African nation, the lender said in an emailed statement.

Since 2012, Deutsche Bank has arranged more than 1.3 billion euros of financing related to infrastructure development in Ghana.

First transaction is a 92 million-euro package in which Deutsche Bank was sole arranger for the Kumasi Market development. Deal concluded between Contracta Construction U.K. and ministries of local government and rural development.