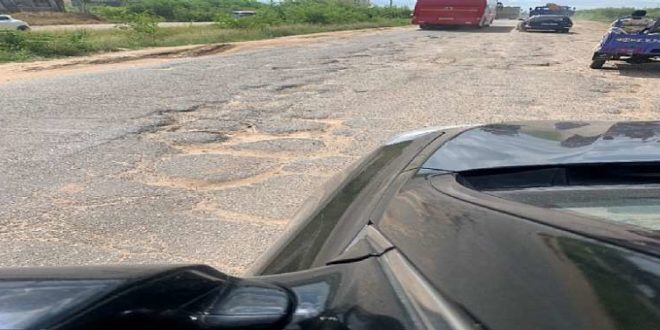 It is an established fact that good roads make a crucial contribution to economic development, growth and bring important social benefits. The proper development of a transport road network reduces the cost of transportation, both in terms of money and time. Beyond that, it also helps in the integration of various regions within the country and facilitates safe trips to neighbouring countries at the international level. In a subtle way, this engenders good relations with neighbouring countries.

Last year, precisely on June 29, 2021, I published an article addressed to the road Minister, Hon. Amoako Attah, on the problematic engineering work on the Pokuase interchange. I highlighted the challenge that Seven (7) lanes converged to Two (2) lanes on the road causing unbearable traffic to commuters. Thankfully, a U-turn which served no useful purpose on the road was closed at Whitehouse Junction following the publication.

When news broke that the Four-tiered interchange was going to be constructed at a whopping cost of USD94.8million dollars and funded by the African Development Bank and the Government of Ghana, it was received with great joy, considering the unbearable traffic the communities around Pokuase and commuters to Kumasi and beyond had to go through on a daily basis. Little did the residents know that it was only going to transport traffic to and from Amasaman and Ofankor-Achimota at rush hour.

For the benefit of this article, let me stay focused on the deplorable state of the stretch of the road connecting Pokuase to Nsawam junction. While in school at the University of Ghana Legon, I recall the 17.4-kilometre road was part of the 250-kilometre Accra-Kumasi Road that was financed with an interest-free loan facility of $28 million from the government of the People’s Republic of China. In fact, Former President J.A. Kufuor and the Premier of the State Council of the People’s Republic of China, Mr Wen Jiabao, inaugurated the Ofankor-Nsawam dual carriageway back in 2006. The project, which was implemented by the Chinese Railway Engineering Corporation, started in June 2004 and was completed in April 2006, two months ahead of schedule.

It is noteworthy that this road is one of busiest highways in Ghana, widely used by neighbouring landlocked countries, Burkina Faso, Mali and Niger. The road is often plied by huge trucks, some of which travel to and from neighbouring counties. It is therefore not surprising that the road is now in a bad shape. Sadly enough, since the completion of the road work some Sixteen (16) years ago, the road has not seen any major maintenance or renovation work.

From the Accra to Nsawam stretch of the road, commuters jump into crazy traffic from Ofankor into the Pokuase-Amasaman stretch during the evening rush hours. What’s more the Pokuase-Amasaman stretch is full of ‘manholes’. I call them manholes because due to lack of maintenance, those hollows have become too big to be considered as potholes! As if that is not enough, there is a sharp U-turn and curve which allows cars to enter the Amasaman Township. These turns were not on the road initially and their absence allowed the free flow of traffic. Currently that sharp U-turn and curve have become one of the causes for the traffic on the Pokuase Amasaman stretch. Another major cause of the traffic is the fact that some Trotro drivers offload passengers in the middle of the road, and this aggravates the traffic before Festus Junction. The mess at Amasaman is caused by some ‘Market Wowen’ who have invaded the sides of the road.

Sadly, the Municipal Chief Executive (MCE) for the Ga West Municipal Assembly, Clement Wilkinson has lacked the will power to deal with the activities of market women on the main road which is endangering lives. The bus stop after the Amasaman traffic light is another challenge creating traffic on the Ofankor-Nsawam stretch as some drivers stop in the middle of the road to pick passengers, thereby creating traffic.

Going half a Kilometre is the famous newly established China Mall where the road is terribly bad full of potholes and left-over concrete slaps on the edge of the road. Moving a step ahead is the Tolbooth where due to choked gutters, the rains cover half of the road when it rains for only 30munites and slow down the cars. Just after the satellite Junction to the DVLA road is another ‘manhole’ which holds the traffic for about 15munites. As if this is not enough, the road just after the Medie Total Filling station towards the old Tolbooth area at Doboro is equally in a bad shape. Over there the road has caved in largely due to the heavy trucks that have loaded goods upcountry.

Precious time that can be diverted to something profitable is wasted on the road. A journey that should ordinarily take 20minutes now takes a whole hour due to the bad road. Vehicles are damaged and, in some cases, there are accidents on the stretch due to the issues highlighted above. This often results in less productivity or loss of livelihood for the drivers and owners of vehicles.

While going to Nsawam possess challenge to commuters, coming back to Accra is not different. To begin with, the road at Doboro is in very bad shape. After enduring the bad road at Doboro, commuters get to Adjen-Kotoku road junction, only to see all the cars slow down due to the deep potholes covered with water. I recall on my way to work one day; I once saw a terrible accident involving a Toyota Camera and KIA Sportage at that spot as a result of bad visibility in an attempt to swerve the potholes and bad road markings.

When you move forward a little bit to Sapeiman and Kpobiman commuters are met with pockets of potholes till Amasaman. Indeed, the activities at Amasaman continue to leave much to be desired. The place becomes a gridlock at rush hour due to the market activities, some undisciplined Tro-tro drivers who park in the middle of the road to load and offload passengers. Amasaman traffic alone can hold you close to 20-30minutes, before you reach Fise Junction to connect to the Pokuase Interchange again.

As for the issue at Pokuase Interchange connecting to Ofankor, the least said about it the better! This is where we have Seven (2) lanes of road converge to Two (2) lanes and the question commuters ask is what went into the thinking and engineering process. Over here, the traffic holds for 30minutes on Mondays and Tuesdays and eases on the rest of the days. If the Ofankor to Nsawam road is not expanded, the Pokuase Interchange will continue to serve as a white elephant. Using English words to describe real life situations become extremely difficult sometimes. The fact however remains that, the road requires urgent attention just like other equally important roads like the Tema Motorway, Cantonments, Ridge and Airport City.

Picture: Portion of road at Adjen-kotoku to Accra

Recently, I went for a colleagues Dad`s funeral at the hometown of the road minister, Hon. Kwasi Amoako Atta. Oh my God! The road network to his hometown and community of Kwabeng in the Atewa West constituency is exquisite- first class roads and streetlights. All the road from Anyinam junction on the main Accra-Kumasi highway all the way inside Kwabeng shows the good quality road the Minister has constructed for his people with some of the best streetlights you can find. It is not a bad thing; the people deserve better roads, but those same efforts should be channelled on the same road he uses before he gets to the hometown.

To conclude, on 8th April 2022, the Minister mentioned in Parliament that road designs and engineering work have been completed for the Pokuase and Nsawam road and only waiting for Funding from the Ministry of Finance. We plead with the Ghana Highway Authority to find a lasting solution to the dumping of sand and mud from a nearby mountain, through erosion, onto the Hebron section of the Accra-Nsawam Highway whenever it rains as there is looming danger for drivers, commuters, and residents if the problem is not addressed. The numerous potholes impede vehicular movement and putting the lives of drivers and commuters at risk.

The sad thing is that prior to the 2020 general election a sod was cut to expand the road but as of now nothing had been done on the road yet. The contractor dredged the median of the road and placed concrete slabs in the median and sides of the road, which has become a nuisance to motorists. It is better to remove than causing accidents.

Now that a lot of people are relocating to the Nsawam area due to the congestion in Accra, there is the need for government to expand the road as soon possible. Expanding the lanes would help to promote economic trade between Ghana and its neighbouring countries and facilitate movement of people on the road. Since the contract was signed in 2016 for the rehabilitation of the road, we hope the Ghana Highway Authority and the Minister will prioritise this need and bring some relief to motorists.

Thank you for reading.