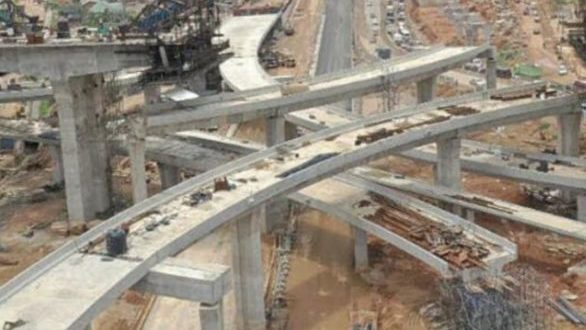 Share
There is looming danger at the newly constructed Tamale Interchange, as some pedestrians, especially schoolchildren, have turned the dual-carriage interchange into a walkway and playground, barely a week after it had been opened to traffic.

Some residents also visit the facility to pose for pictures, putting their lives in danger.

The Daily Graphic, however, observed that traffic flow within the central business district of Tamale, including the interchange, had improved significantly since the interchange was inaugurated by President Nana Addo Dankwa Akufo-Addo.

Some residents, who spoke with the Daily Graphic, expressed concern about the situation and called on city authorities to intensify education on the use of the facility.

A resident, Alhassan Fataw, said being the first of its kind in the area, some people, particularly children, were using it for fun, at a peril to their lives and those of motorists.

“It is very worrying to see children, as well as some adults, turn the interchange into a playground, which is very risky since motorists can run into them,” he said.

Another resident, Ms Konlan Esther, appealed to the authorities to, as a matter of urgency, put in measures to arrest the situation “to nip any disaster in the bud”.

Although members of the Tamale Metropolitan Assembly (TaMA) taskforce are sometimes deployed to the interchange and surrounding areas to ensure order, the situation returns immediately they close from work.

The leader of the taskforce, Mr Abdul Muntari, said they would continue to do their part by ensuring they gave proper direction to road users to ensure their safety and that of pedestrians.

President Akufo-Addo inaugurated the interchange, the first of its kind in the northern part of the country, on March 29, 2022, three months ahead of schedule.

The structure, which has been dedicated to the memory of Naa Gbewaa, the Founder of the Mole/Dagbon Kingdom, is expected to ease traffic congestion and also give a facelift to the metropolis.

The Naa Gbewaa Interchange links the roads from the Dakpema Palace through the “Point 7” road, the Central taxi rank and the Central Market intersections to the Sakasaka road.

The Northern Regional Minister, Alhaji Shani Alhassan, advised the people to be responsible by complying with road traffic signs and regulations to avoid loss of lives.

He expressed his outfit’s commitment to monitor the use of the facility and also carry out periodic decongestion exercises to clear hawkers and miscreants from the area.