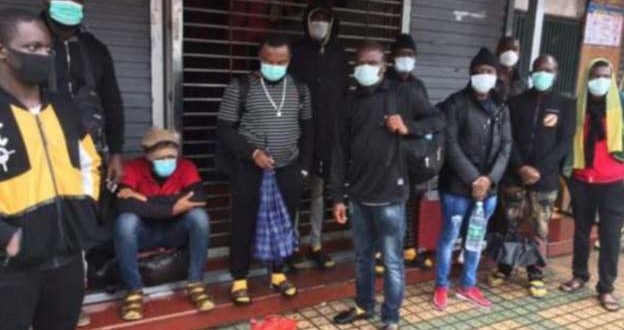 International Human Rights groups have told the BBC that reports of “forced quarantine” of African nationals in the Chinese city of Guangzhou amounts to “arbitrary detention”.

For weeks, Africans in the southern Chinese city say they have faced discrimination over fears that coronavirus is spreading among African communities.

The BBC has been told that Africans nationals have faced extended quarantine in hotels, hospitals wards and university campuses, despite testing negative for the virus on multiple occasions.

“Singling out Africans and forcibly quarantining them in hotels despite having been tested negative for coronavirus, not having travelled outside of China recently or not having been in contact with people who are known to be infected, amounts to arbitrary detention,” said Yaqiu Wang from Human Rights Watch.

The Chinese government has denied allegations of discrimination. But it says health authorities have tested every African in the city.

“In this instance, if people are being put into quarantine with no reference to specific and relevant medical indications, but rather simply because of the colour of their skin or their country of origin, we would consider that to be a form of arbitrary detention and a violation of international law,” says Joshua Rosenzweig from Amnesty international.

Community leaders say that hundreds of Africans were evicted from their hotels and apartments and “forced” into quarantine.

Weeks on, many say they are still being turned away from hotels and being stopped from returning to their apartments.