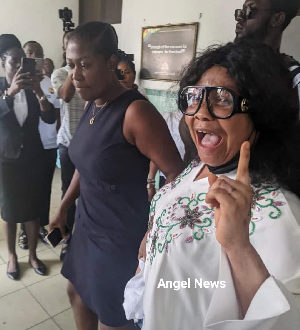 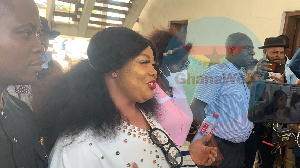 An Accra Circuit Court has varied the bail terms of Patricia Asiedua, also known as Nana Agradaa, who is being held over an alleged money doubling scam.

The court presided over by Samuel Bright Acquah had admitted Nana Agradaa, also known as Evangelist Mama Pat to bail in the sum of GHC50,000 with three sureties, who are to be public servants earning not less than GHC2,000 a month.

But counsel for the founder of Heaven Way Champion International Ministry, Mr Paul Asibi Abariga on Thursday, prayed to the court to review his client’s bail terms because she was unable to meet them.

In view of the above, the court set out new bail terms for Nana Agradaa.

Nana Agradaa is now admitted to bail in the sum of GHC100,000 with five sureties.

The court said the sureties should be Ghanaians living within Accra and they should have their businesses in Accra.

It also directed Agradaa to be reporting to the Police every Monday and Friday. The matter has been adjourned to November 23.

She has denied the charges.