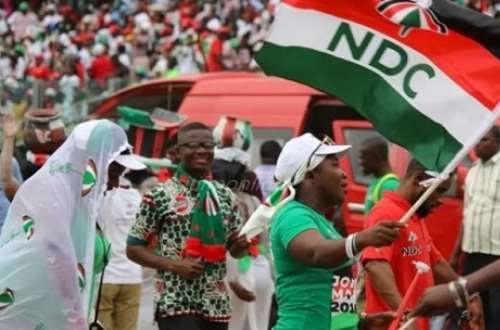 The High Court in Nkawkaw on Thursday placed an injunction on the constituency elections of the National Democratic Cogress (NDC) in the Kwahu Afram Plains North constituency of the Eastern Region.

Accordingly, the court presided over by her ladyship Cynthia Martinson restrained the constituency executives from conducting the elections.

The plaintiffs are led by one Amos Mornyui, the constituency vice chairman of the NDC and other three (3) namely: Kudjo Gaikpa Ernest, Eric Aziaklo and Domevie Ebenezer.

Counsel for the plaintiffs/ Applicants, Christian Akwasi Buame Esq. prayed the court for interim injunction restraining the defendants/ respondents (the executive of NDC Afram Plains North) from holding elections of a new constituency executive committee members on the 22nd day of October 2022 per the grounds contain in the supporting affidavit and any other order that the honorable court may deem fit to make in the circumstances.

Speaking to the media after the court proceedings, lawyer for the plaintiffs/ applicants Christian Akwasi Buame Esq. said he is very grateful to the court for granting their request.

He said “the party executive of the Afram Plains North constituency did not follow the right procedure when conducting the branch elections of the party in the constituency.

‘’We followed the due processes of the party by petitioning the constituency, regional and national but did not get any result that is why we are in court”.’’ He told Owusu Aduomi.

He called on all members of the party in the Afram plains north to remain calm as they are not in court to destroy the party but wants the right thing to be done especially at the grass root level to save the party.

He added that they are ready to solve the issues amicably if the party executives call them to the negotiation table.