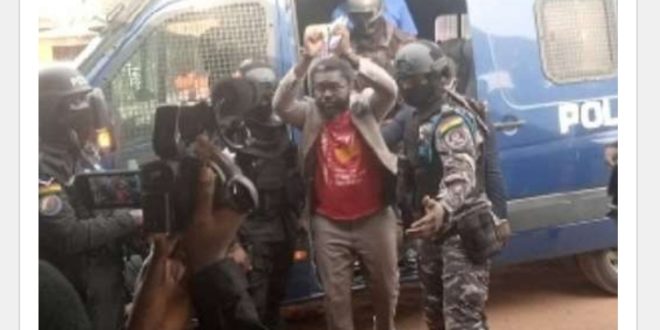 Share
The Ashaiman District Court on Tuesday, March 15 adjourned the case between the State and #FixTheCountry convener Oliver Barker-Vormawor.

The case was adjourned following the prosecution’s inability to show up in court.

The prosecution was not available when the case was called in court.

Lead Counsel for the convener, Justice Srem Sai therefore prayed the court to discharge his client.

According to Lawyer Sai, the state has shown a lack of interest in the case since the Prosecution refused to show up.

Chief Inspector George Doe however prayed the court to give the Prosecution an additional hour to show up.

The Prosecution still did not show up for the hearing.

The Presiding Judge, Eleanor Barnes, based on the application of the defence, refused to discharge the convener.

She indicated that it was the first time the Prosecution had refused to show up.